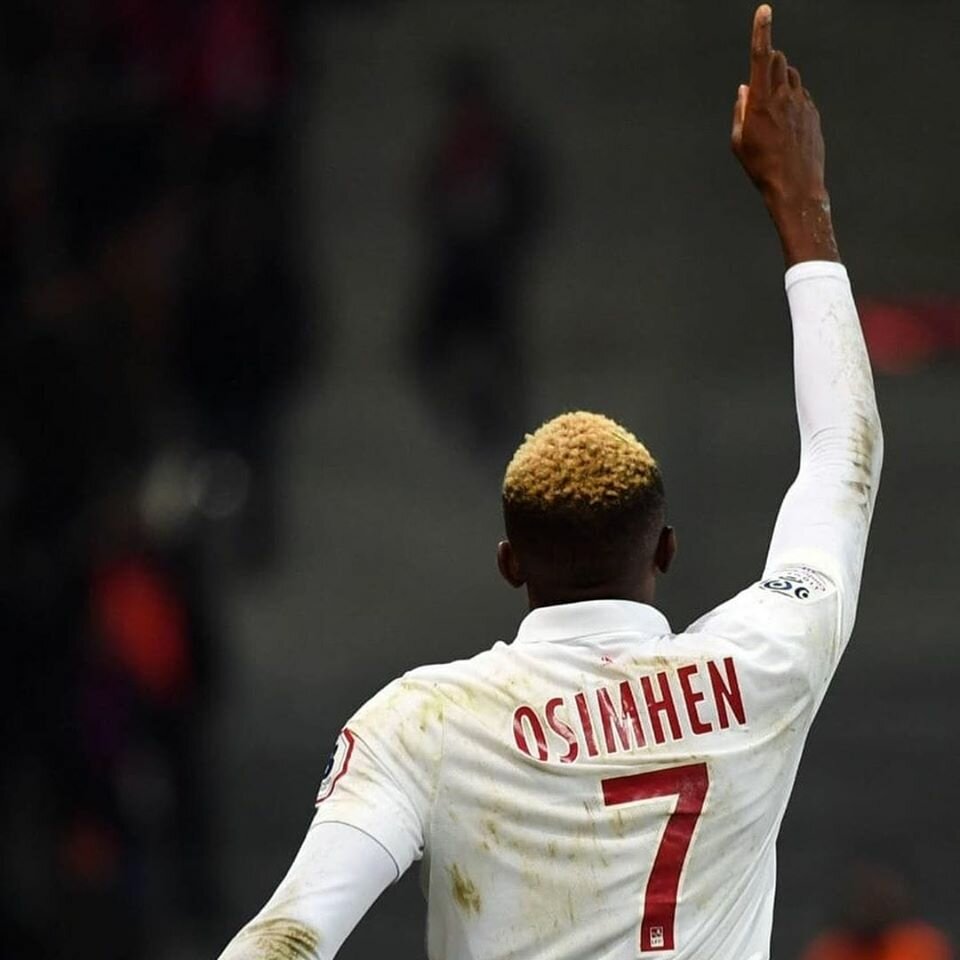 A multitude of summer transfer offers have come the way of Lille Metropole of France striker, Victor Osimhen, according to the owner of his club, Gerard Lopez, megasportsarena.com reports.

In the wake of frenetic interest spreading in the Super Eagles’ rookie, Lopez has confirmed that his French Ligue 1 club have received several offers from top clubs in England, Italy and Spain, all of which he says they are checking well before accepting the best among the lot.

Lopez went on to admit that Lille will not be able to keep Osimhen, who scored 18 goals in all competitions before the season in France was cancelled, with the Chile 2015 FIFA U-17 World Cup top scorer also hitting target twice in the UEFA Champions League, despite his team being able to register a single point and ended bottom of Group H behind Valencia, Chelsea and Ajax.

However, while his agent recently claimed that Napoli were the only club seriously interested in a deal for Osimhen, Lopez confirmed that there are suitors from three different leagues, as rave reviews keep trailing the youngster, who joined the club from Sporting Charleroi of Belgium just before the start of this season – but is already being linked with a big-money move elsewhere.

Tottenham Hotspur, Chelsea, Manchester United, Arsenal and Liverpool have been mentioned as possible destinations for him in England, while Barcelona, Real Madrid, Valencia and Sevilla are the Spanish clubs credited with interest in his signature, with Napoli, Juventus, Inter Milan and AC Milan cited as his Italian suitors.

Sport Italia reports that Algeria winger, Adam Ounas might be included in a cash plus player exchange deal by Napoli in an attempt to sign Osimhen, who scored 13 goals in his debut Ligue 1 season, while the other player on the cards spent the past campaign at OGC Nice, for which he scored four goals and provided same number of assists.

The report adds that an option of a transfer fee of €40m and Ounas combined should be enough to get Osimhen over to Naples, although the former VfL Wolfsburg of Germany youngster is said to be valued at around €55m to €60m.

He currently has four years remaining on his contract with Lille, which he joined in August 2019 and, although Lopez initially repeatedly stated that the lad is not for sale, it is believed the Lille supremo would be willing to part company with his top scorer if an astronomical offer is made, like what his team got from Arsenal of England for Nicolas Pepe last summer.

Lopez told the Daily Mail UK: “Let me tell you with Osimhen, it is the same thing, whatever number you heard, the high number I have read is very much on the money of the offers that we have received. That’s where we are.

“There are three championships that have clubs that have bid for him. I am not being a sales guy because last year people didn’t believe that we had the offers we had with Pepe and it turns out we had multiple of them.

“There are multiple offers. We turned down one English and one Spanish offer this January transfer window. There is a wide array and I wouldn’t want to give the names of the clubs who are bidding but what I can tell you is that there are multiple.”