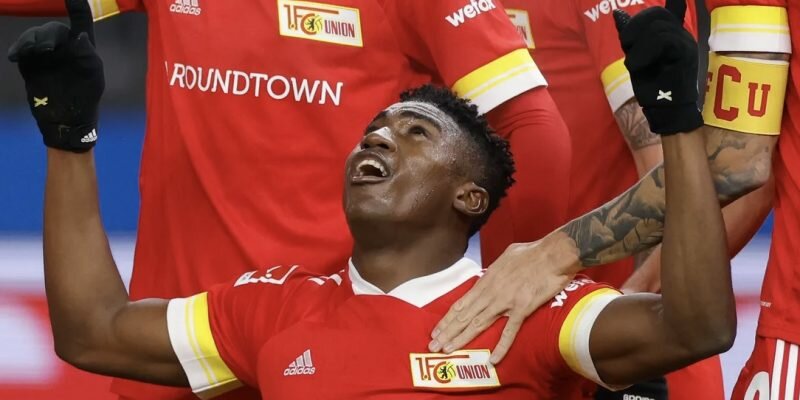 Taiwo Awoniyi’s stock keeps rising at Union Berlin as the striker keeps popping up with eye-catching performance in the German Bundesliga.

The 24 year old Nigeria forward emerged as the hero last weekend in his club’s 2-0 derby win against Hertha Berlin at the Stadion an der Alten Försterei and he looks more menacing that ever on the pitch.

And that was evident once again in the eighth minute of the fifth Bundesliga derby between Die Eisernen and the Old Lady. With a ball into the middle not dealt with by the Hertha defence, the Nigerian latched onto it and kept his cool to slot his shot past Alexander Schwolow and set Union on course for their biggest top-flight victory over their city rivals.

“I don’t want to speak about individuals because I think today the whole team was really convincing and had a good game,” Union coach Urs Fischer said after the victory but he did go on to reference his main striker: “Taiwo is on hand to score when he’s supplied.”

Awoniyi wasn’t eager to talk about himself after the game, instead preferring to stick to the club principle of praising the team: “It’s a good feeling to know that we won the first Berlin derby of the season. I think for Union, everyone is important.

“It doesn’t matter who scores. For me, I score so that the team can be successful. Once we are successful, I think I’m happy and I’m glad about that.”

The unassuming derby hero and now record goalscorer for his club in the Bundesliga. Awoniyi has proven such a big addition at Union. 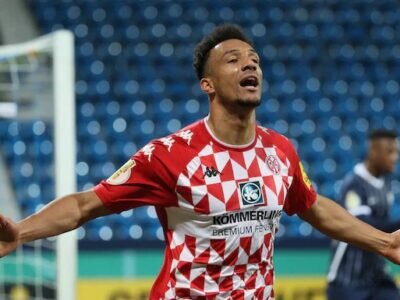 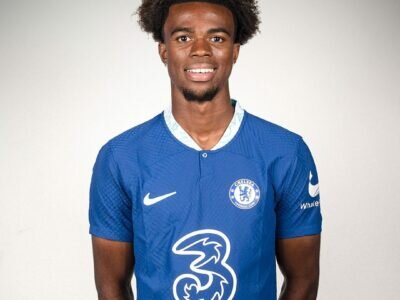