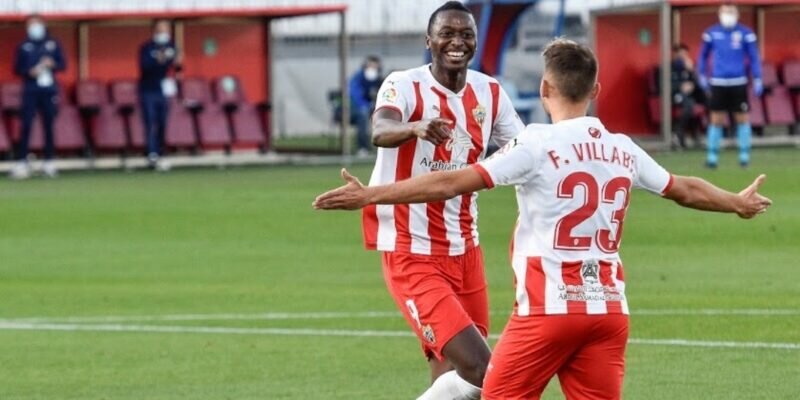 Umar Sadiq scored the last goal for UD Almeria in their 3-0 win against SD Amorebiata 3-0 in a Spanish Segunda Division match on Saturday to move a step closer to La Liga promotion.

Megasportsarena.com reports that Sadiq had failed to convert a penalty on 82 minutes but made up for his miss with a superb individual goal.

The Nigerian striker made a clever turn outside the box to get away from his marker before rounding the goalkeeper to score his 17th league goal. He already provided 8 assists for his teammates this season.

The result lifts Almeria to the top of the table with 76 points, with three games to spare.

They have played one more game than Eibar who are in second position with 74 points. Should third-placed Real Valladolid lose their next match and Almeria wins, they will automatically be promoted to the Premiera Division.