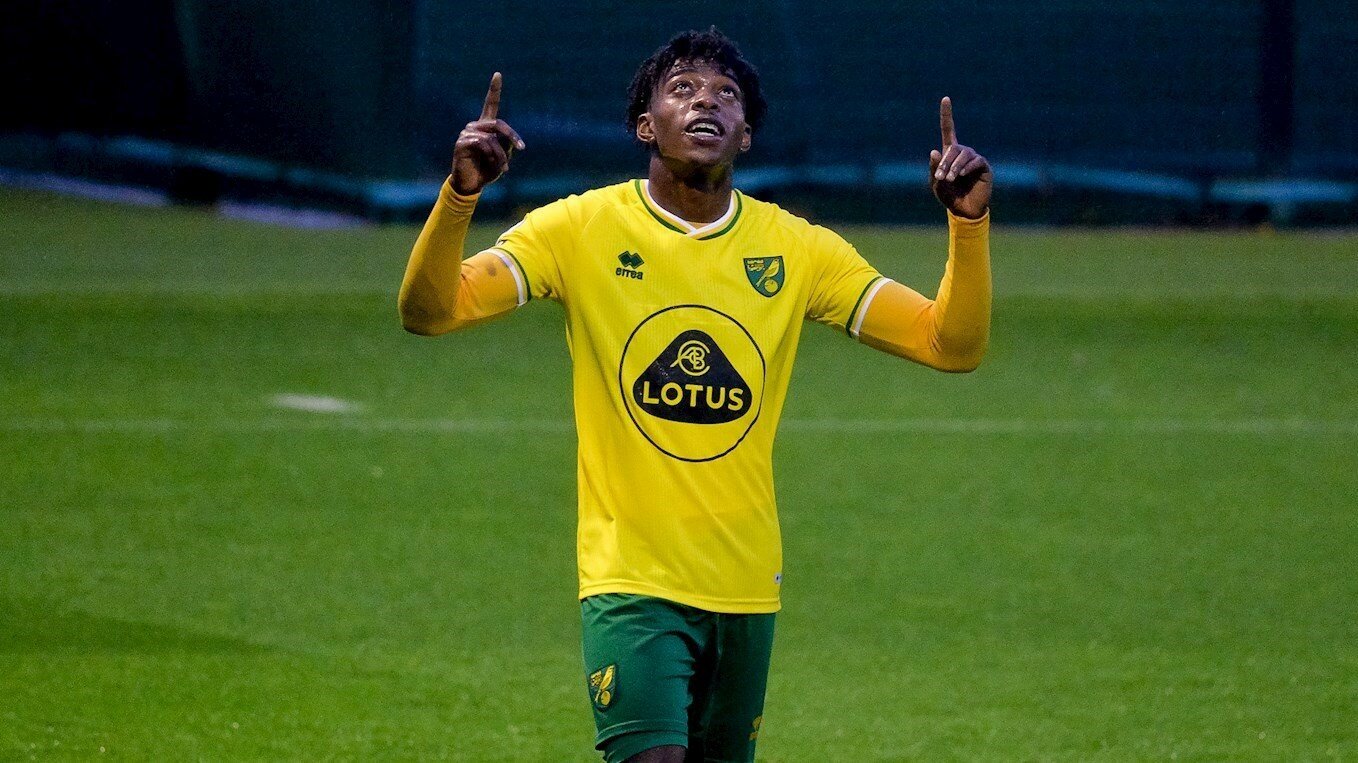 Another Nigerian-born lad is growing fast through the ranks at Norwich City of England, as Tyrese Omotoye is the lad on all lips heading towards the end of the year 2020, megasportsarena.com reports.

So soon after Adam Idah burst into the spotlight at the club that once had the Nigerian trio of John Fashanu, Efan Ekoku and Joseph Ikpo Yobo on their cards at different points in their history, the new lad The Canaries are flaunting is Omotoye.

Details of the report out of Norwich’s camp reveals that Omotoye is making great inroads at the London-based club, where the 18-year-old lad got a chance to stake a claim for a first team role following injuries suffered by The Canaries’ top three strikers, Teemu Pukki, Jordan Hugill and Idah.

Omotoye was handed his professional debut by Norwich’s coach, Daniel Farke on a night The Canaries were beaten 3-1 by Luton Town this past midweek, with the Nigerian-born youngster going on in the 85th minute of the encounter in place of Josh Martin.

The new rave of the moment, however, has a strong rating of four goals in John’s Trophy competition, including a hat-trick against Newport County on October 6, a feat that saw him nominated for Player of the Round.

He has also performed excellently in the English Premier League 2 with three goals and an assist in his last six matches in the division and is already pushing to gain promotion to Norwich’s first team on the back of his imperious displays for the U23 side in competitive games this season.

Omotoye, who was born in Belgium to Nigerian parents on September 2002, is regarded as one of the most exciting teenage prospects in the whole of England and he took his first bold steps towards becoming a professional footballer after penning a scholarship with The Canaries.

That came after Norwich protected him from other clubs after making him sign a pre-scholar agreement with the club whilst still a schoolboy at the age of 16 and any other team that was interested in signing him would have to pay more money for his services.

The soft-spoken lad, who registered his name on the scorers’ sheet three times in the U18 EPL last season, is already a Belgian youth international but still eligible for Nigeria and England at full senior international level.

Omotoye enthused over his giant strides and declared: “I’ve been working really hard to finish in practice and bring everything I’ve done on the training ground to the pitch, so it was a relief that all the hard work I’ve been putting in at training paid off.

“When I came up, I wanted to make sure I’d take my opportunity this season. I’m taking it game by game and it’s going well so far. It’s always difficult, but I try to play the same game, I try make sure I keep the good habits that I have in training everyday.

“Those things don’t change when I step onto the pitch against senior opposition. We won’t step down, we’ve got a tough game again, but we’ve done really well in the first two games so we’re looking to carry on into the next game.”