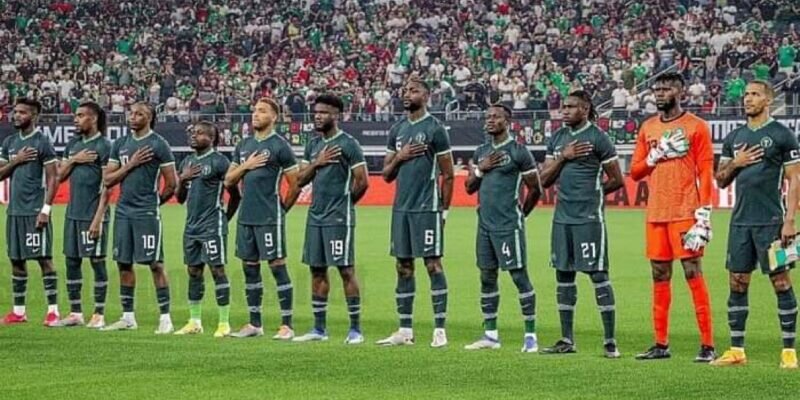 The Super Eagles are 31st in the latest FIFA ranking released on Thursday by the world football governing body, down one spot from the ranking announced at the end of March, Megasportsarena.com reports.

The Nigerian national team are 4th in Africa behind African champions Senegal, who are the top rated African team and are 18th in the world. Morocco are 2nd in Africa and 22nd in the world while Tunisia are 3rd on the continent and 30th globally.

Nigeria’s opponents in the 2023 Africa Cup of Nations qualifiers Sierra Leone, Guinea-Bissau and São Tomé and Príncipe are in the lower rung of the ranking.

Sierra Leone, who lost to the Eagles in the 2023 AFCON qualifiers, dropped to 113th, Guinea-Bissau are 115th while São Tomé and Príncipe, who were dismissed 10-0 by the Eagles, dropped to 187th spot.

Meanwhile, Brazil are still number one with Belgium retaining the second spot.

Argentina moved up one place to third, replacing France who are now in fourth position and England are non movers in fifth.

WAFU B U17: Ugbade Pumps Up Eaglets’ Spirit Ahead Final Against Etalons