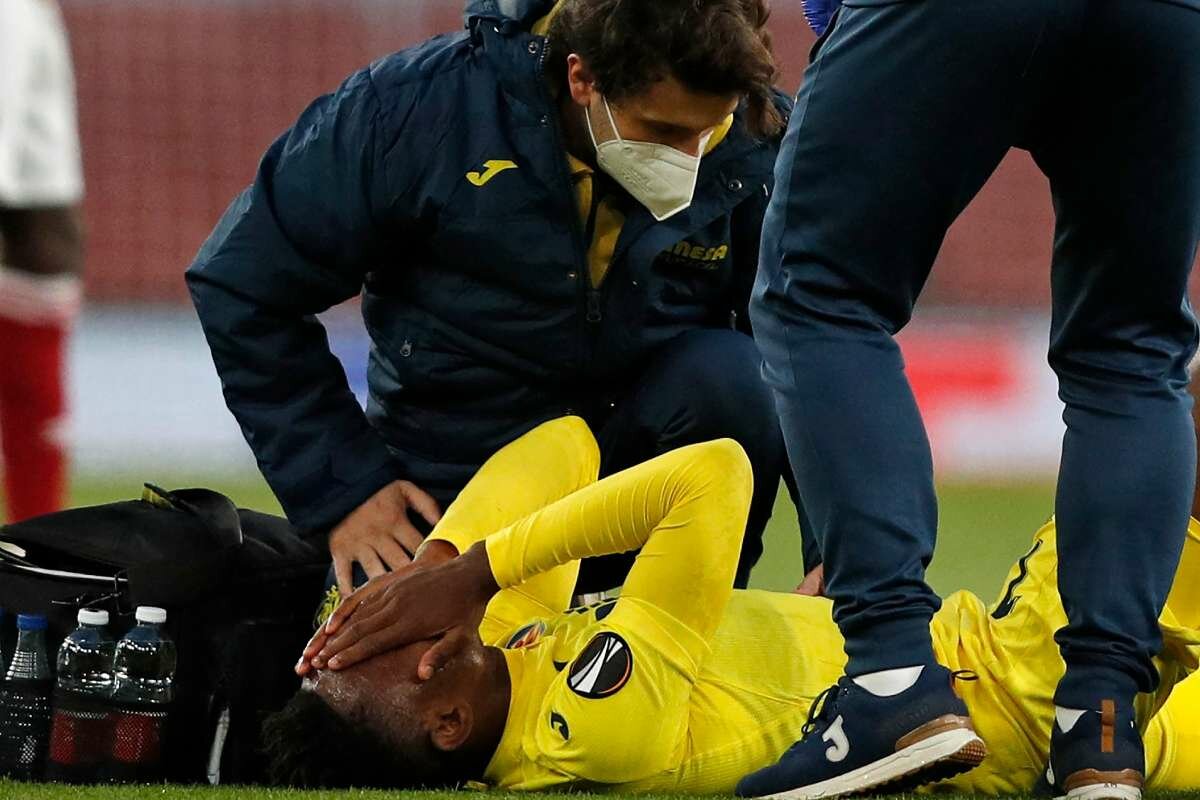 The slow recovery of Villarreal of Spain winger, Samuel Chukwueze from a long-term injury has left his coach, Unai Emery worried and the former Arsenal of England gaffer is airing his concern.

Megasportsarena.com reports that, with Chukwueze having missed the last lap of matches last season in the Spanish LaLiga and now absent for four in the current campaign, Emery admits there is dire cause for concern.

Although gaffer of The Yellow Submarine admitted they should not rush the Chile 2015 FIFA U-17 World Cup gold medalist back too soon, the Spanish tactician confessed that he is direly missing Chukwueze’s services on the pitch.

Emery further confirmed that Chukwueze’s recovery from the injury he copped in last season’s UEFA Europa League semi-final against Arsenal is not going according to plan and he has again been ruled out of their opening match in the UEFA Champions League against Atalanta of Italy.

Chukwueze, who late May underwent an operation to fix an injury to his left leg, an ailment that saw him miss the Europa League final, which his team won versus Manchester United of England, will not be there on Tuesday when Villarreal line out at Estadio de la Cerámica.

The product of Diamond Football Academy of Umuahia has missed the four matches contested by Villarreal in the new season, having sustained a muscle injury during the second leg of the Europa League semi-final at Arsenal.

Although Chukwueze was declared fit to bounce back into action for the last line of matches in Spain before the summer break, he suffered a relapse immediately after and Emery moaned: “He’s going a little bit slower than we wanted to and we still want to go cautiously with him.”