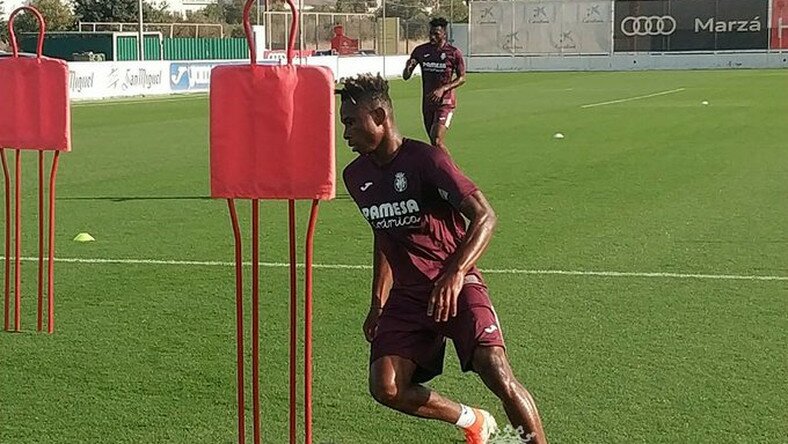 Villarreal of Spain winger, Samuel Chukwueze is bound to be on his way to United States of America in December, as his club have an official match lined up against La Liga rivals, Atletico Madrid in God’s Own Country, megasportsarena.com has learnt.

The date to make in Chukwueze’s dairy and calendar is December 8, when Villarreal go out in battle with Atletico in a La Liga fixture Stateside, after both clubs agreed with the Spanish league body to stage have a league fixture at Hard Rock Stadium in Miami, USA.

Chukwueze will, thus, have the opportunity of showing off his skills in the 65,000-seater venue that has hosted five Super Bowl finals, with officials already making plans to overcome logistics issues, as critics point out that fans travelling the long distance from each of the clubs could be one of the main elements that may scupper the plan.

With a view towards making the game become reality, charter flights to Miami for supporters of The Yellow Submarine and Atleti are also being critically considered, while Chukwueze’s club will be compensated financially for the loss of what should have been a game on their home turf with a bigger away allocation at Wanda Metropolitano later in the season.

This comes less than a year after the Spanish top flight failed in hosting one of Barcelona’s league fixtures in the US, as plans to host a game between The Catalan giants and Girona in Miami failed after the controversial proposals were met with an uproar and later rejected.

However, according to AS, presidents of both Atletico and Villarreal have made the agreement to go ahead with the game as the Spanish league looks to promote their appeal, with Chukwueze’s club president, Fernando Roig saying he is excited with the prospects of going to America.

Roig told El Transistor: “I hope this time comes to fruition, we are starting to see if Villarreal-Atleti can be played in Miami. Atleti have agreed to play it in Miami, but for me I would like for this to have everyone’s consensus.”