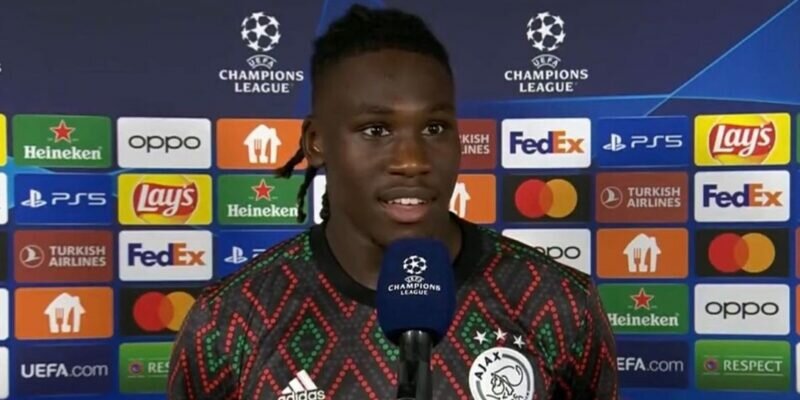 Calvin Bassey had a reunion with his former Glasgow Rangers teammates to remember.

As well as helping his side keep a clean sheet in their first group stage match in the UEFA Champions Laegue, the Super Eagles of Nigeria wingback also played 142 successful passes – just 60 fewer than the whole Rangers squad combined (202) on the night.

Ajax are yet to concede in all of the games Calvin Bassey has started since joining the club this summer.

Rangers manager Giovanni van Bronckhorst reacting to whether Rangers’ are yet to replace Calvin Bassey, Joe Aribo and Leon Balogun said after the match.

“Of course I would have loved to have Calvin on the bench today, but we sold him for so much money.”

”Having a blast watching my ex-club,Ajax Amsterdam,starring Naija’s own Calvin Bassey & Black star’s perle,Kudus,dominate Glasgow Rangers. 3-0 after 35 mins. Impressed with Bassey so far!!”

Super Eagles To Face Ronaldo & Co In Friendly In Lisbon 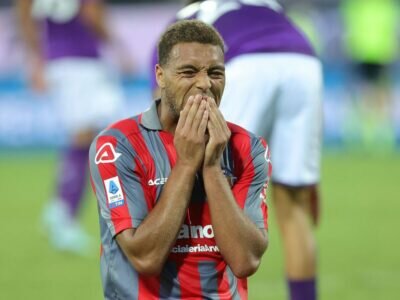 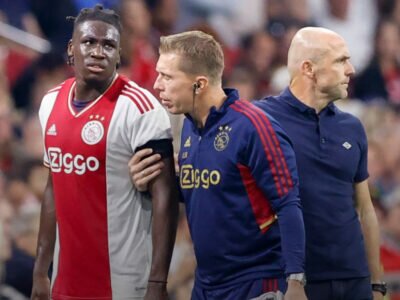 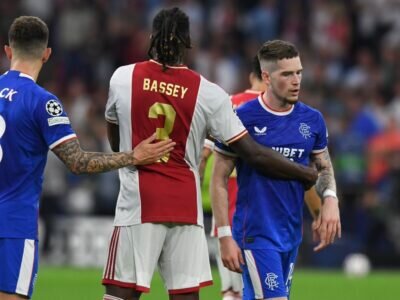 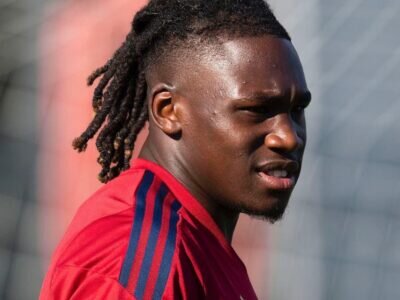