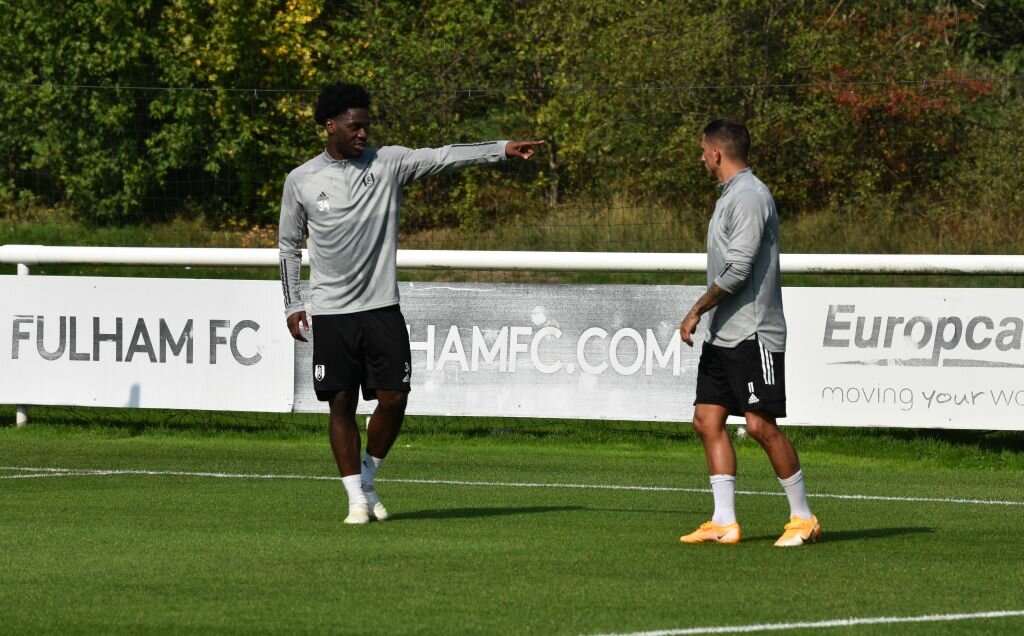 Fulham of England new singing, Ola Aina is bound to step out as a left-back or central defence in his first match for the club he joined last week on loan from AS Torino of Italy, as the English Premier League newcomers’ coach, Scott Parker is not satisfied with what he has seen from his previous regulars in that position, megasportsarena.com reports.

Though Aina is right-footed, he has been known to be versatile since his days in the youth ranks at Chelsea of England and on loan at Hull City, such that he eventually tied down that role with Nigeria’s Super Eagles at the 2019 Africa Cup of Nations, and Parker is now thinking of employing the dark-skinned defender in the same role for The Cottagers.

While Aina has since lost his spot as Eagles’ left-back to Jamilu Collins and he did not fare well enough last season at Torino, which eventually led to him being sent on loan to Craven Cottage, Parker is set to take his chances with the soft-spoken lad, as the gaffer was unimpressed with his full-backs’ performances in Fulham’s 4-3 loss to Leeds United on Saturday.

Consequently, Parker is already toying with the idea of playing Aina as a left-back, but additional reports indicate that the Eagles’ utility player may even end playing in central defence during their next game in the EPL, as the entire back-four were reckoned to have fallen short in the club’s gallant fight back from 4-1 down to score two goals in a seven-goal thriller.

However, Leeds held on firmly to pick their first win of the season in a game that Aina watched from the stands, as his new team fell like a pack of cards and Parker has now hinted that he will rejig his defence line for this weekend’s fixture, with the Torino loanee either lining out as left-back or moving to centre back to pair Cyrus Christie in a bid to stop the side’s defensive rot.

Parker went on to sing praises for the new arrival, who was instrumental to Torino’s relegation survival last season, which attracted him to different suitors in the EPL, but Fulham snatched him with an option to buy at the end of the campaign, and the gaffer pointed out: “Ola was playing in a back three for Torino last season and he can also play as a left-back.”