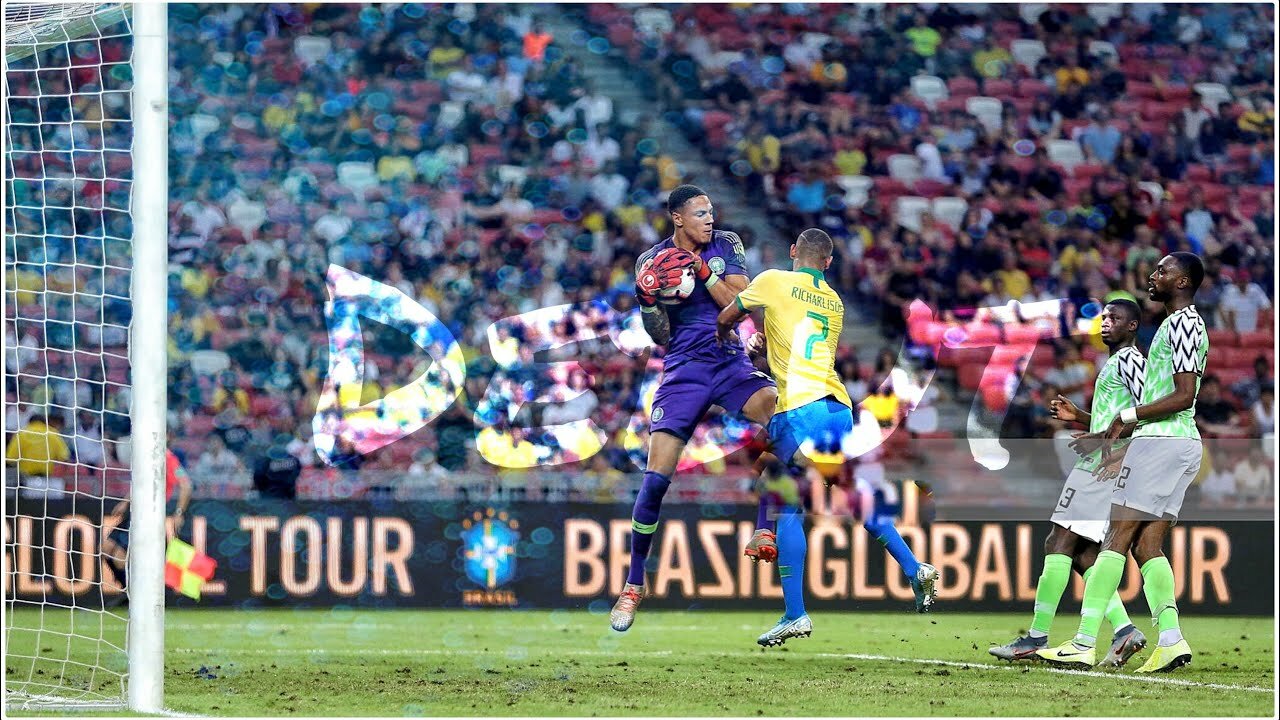 Although all three did not have sufficient time on the pitch to show the stuff they are made of, Rohr is of a view that the little period they all got to play in the encounter at Singapore National Stadium showed promising signs of better days ahead of them.

So much for Okoye, who was the first to get off Nigeria’s bench in the 1-1 draw with the five-time FIFA World Cup champions, as he replaced injured Francis Odinaka Uzoho, and ended up with high ratings from many pundits, who noticed his confidence between the sticks and agility in reaching for high balls.

Overall, Rohr declared that he was impressed with the performance of the entire team, as he pointed out that they defied time difference, acclimatisation issues and the fact that Brazil had played on the same pitch just three days earlier.

The Franco-German tactician stressed that all those factors meant The Samba Boys had several advantages ahead of the Eagles for Sunday’s epic friendly, such that being able to score first and eventually hold their own in another draw meant a lot had to be commended about the Eagles’ performance on the afternoon in Kallang.

He buttressed the point that, while the last batch of Nigeria’s invited players and officials landed in Singapore on Thursday, the Brazilians began training for two international friendlies three days earlier and their players got a very long feel of the same playing surface during the game against Senegal, from which they were determined to correct all their errors in the next tie with Nigeria.

Rohr recounted: “(Brazil) didn’t want to leave Singapore without beating an African team. They had a draw against Senegal; they had the advantage to know the pitch because they played already here four days ago.

”The team did very well. Brazil wanted to win the game, they scored very early in the second half and when they scored we had another 44 minutes to play. They also had the advantage to be used to the time difference because we arrived only two days ago and there’s was a big time difference between here and Europe even Nigeria, so it was not easy for our young team.

”We saw three new players, still young; the goalkeeper Maduka is 20, so we are working for the future. So, it was not easy. But, with a lot of solidarity, fighting spirit and also counter attacks, especially from our wingers, very strong, we gave them problems.”