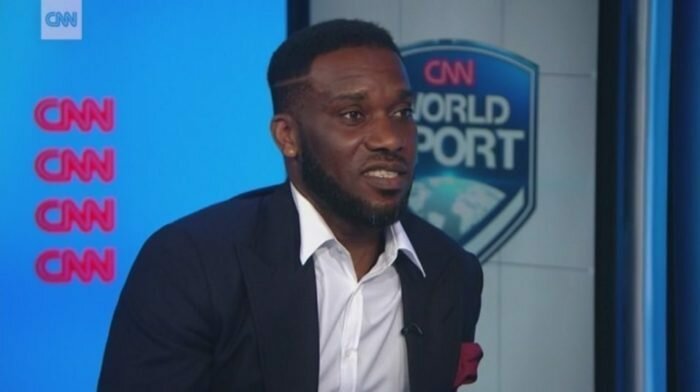 Former Super Eagles skipper, Austin Okocha has opined that Nigeria was able to beat South Africa 2-1 in the 2019 Africa Cup of Nations quarter-finals because they played a tactical game of two different approaches in either half, but believes the squad can still perform better than they did on Wednesday.

Speaking in the wake of Wednesday’s edge-cutting victory in Cairo, Egypt, Okocha praised the Eagles for holding their own after Bafana Bafana equalised, but he reasoned further that Nigeria lost grip in the second half because they became defensive in their approach.

However, ‘Jay Jay’ added during analysis on SuperSport cable television that playing an open game against the South Africans in the second half might have backfired, as they were all out to turn the tide, in much the same way they did against Egypt.

However, the ex-Eintracht Frankfurt of Germany, Fernebahce of Turkey, PSG of France as well as Bolton Wanderers and Hull City of England star reasoned that Nigeria could have managed the tie better in the second half, to avoid the nerving moments they faced in the dying minutes.

Okocha pointed out: “It was a match in which we saw Nigeria play two different styles, like two games in one match.

“In the first half, we took the game to them, but, in the second half, I think we started on the wrong foot by becoming a little defensive.

“I think we should have managed the game better, but that is not to say the team did not play well. They played a tactical game and they won.”