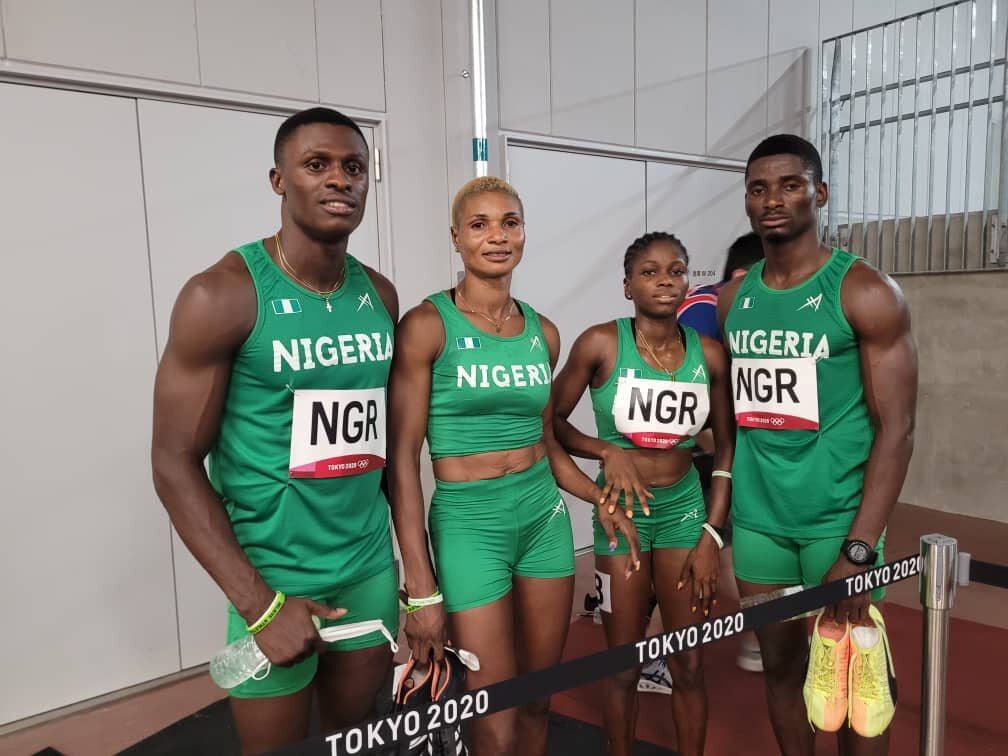 A member of Nigeria’s mixed relay team, Emmanuel Ojeli is taking stock of the quartet’s outing at the 2020 Olympic Games in Tokyo, Japan and concluded that they have to be happy with the pioneering strides they made, megasportsarena.com reports.

Ojeli made reference to the fact that the quartet are the first African team to qualify for the Olympics’ mixed relay event and they ended up with a new continental record, despite not being able to surge beyond the first round.

A faulty arrangement of the running positions, which ended up seeing one of the female take on three men for the final lap, marred Nigeria’s chances of moving into the next round, but Ojeli says they are satisfied with making history for the record books.

Despite the disappointing outing by the mixed 4x400m quartet comprising Ojeli, Imaobong Nse-Uko, Samson Nathaniel and Patience Okon-George, the youngster stressed that they are leaving with their pride high after setting a new African Record of 3:13.60 to finish 5th in the semi-final.

He and his colleagues will now turn their attention on qualifying for next year’s World Athletics Championship in Oregon, USA, heading into which he believes they can always keep their heads high , especially as they did not plan on qualifying for the event in the first place.

Ojeli disclosed: “We are the first African team to qualify for the event at the Olympics and ran an African Record as well.

“We have been trying so hard to qualify in the 4x400m men and women so when we heard that the Mixed Relays was going to hold, we just needed to put ourselves together to qualify for the event.”