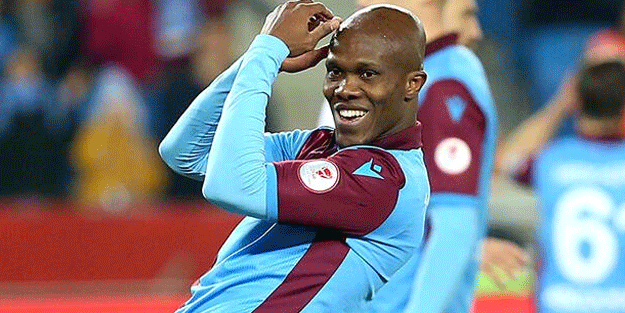 Anthony Nwakaeme has agreed to a contract extension with Turkish champions Trabzonspor according to his agent, Deniz Türker.

The 37 year old’s contract expires June 30 and with both club and player previously yet to agree on a deal, the striker had become a subject of interest from Turkish giants Fenerbahce and Galatasaray and teams from Saudi Arabia.

Reports monitored by Megasportsarena.com said Fenerbahce had offered the 33-year-old a sign-on fee of €1.5m and a three-year contract worth €2.75m per year.

Nwakaeme had requested that Trabzonspor pay him €1.8m in cash and €3m per year in return for a two-and-a-half year contract, which the new Turkish champions rejected.

However, his agent revealed that both parties have now agreed to extend the deal.

“We agreed with Trabzonspor on salary and years for Nwakaeme,” Turker told Fanatik.

“As of the moment, my player refused Trabzonspor’s request for payment in instalments. He also agreed on the new deal. Trabzonspor management will go to the club whenever they want, and we will sign the new contract. We are ready,” he said.

Nwakaeme was pivotal to Trabzonspor ending their 38-year wait for a domestic league title, scoring 11 goals and providing 10 assists in 28 league games.