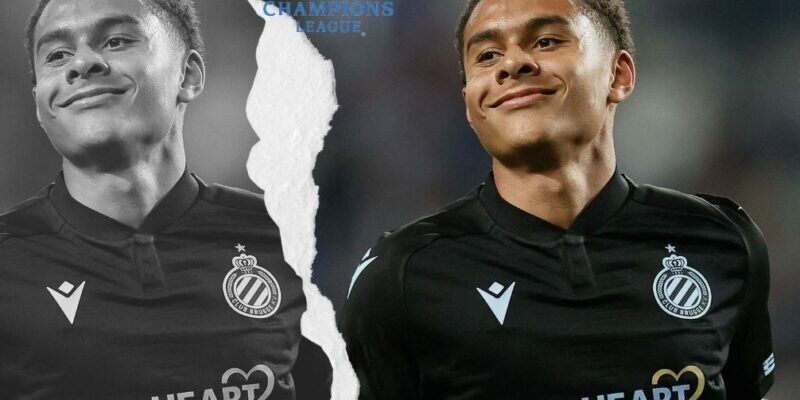 Antonio Eromosele Nusa became the youngest player to find score on his UEFA Champions League debut, and the second youngest to find the net in the competition, after he came off the bench yesterday (on Matchday 2 of the 2022/23 season) to score Club Brugge’s final goal in a remarkable 4-0 victory at Porto.

At 17 years and 189 days, Club Brugge’s Antonio Nusa is the youngest ever player to score on his UEFA Champions League debut. Record.

Nusa, who has a Nigerian father and Norwegian mother joined Club Brugge in the summer of 2021 and his first goal for the Blue-Black came against Union SG on May 8, 2022.

He is the youngest player of Nigerian descent to feature in the Norwegian top-flight, aged 16 years and 43 days when he made his senior debut for Stabaek against Rosenborg on May 30, 2021.

Antonio Nusa also becomes the last player to join a top ten list of youngest player to score in the Champions League in which Ansu Fati leads the way.

Ansu Fati’s Matchday 6 winner for Barcelona at Inter in the 2019/20 group stage made him the youngest goalscorer in UEFA Champions League history, beating by 154 days the record set by Peter Ofori-Quaye in 1997 – five years before the Blaugrana forward was even born.

That sparked a trend, because two of the three 17-year-olds to have scored in Champions League knockout games did so in 2020/21: Jamal Musiala, for Bayern at Lazio in the round of 16, then Jude Bellingham for Dortmund against Manchester City in the quarter-finals.

Sadiq Umar To Undergo Surgery, Set To Miss The Rest Of The Season