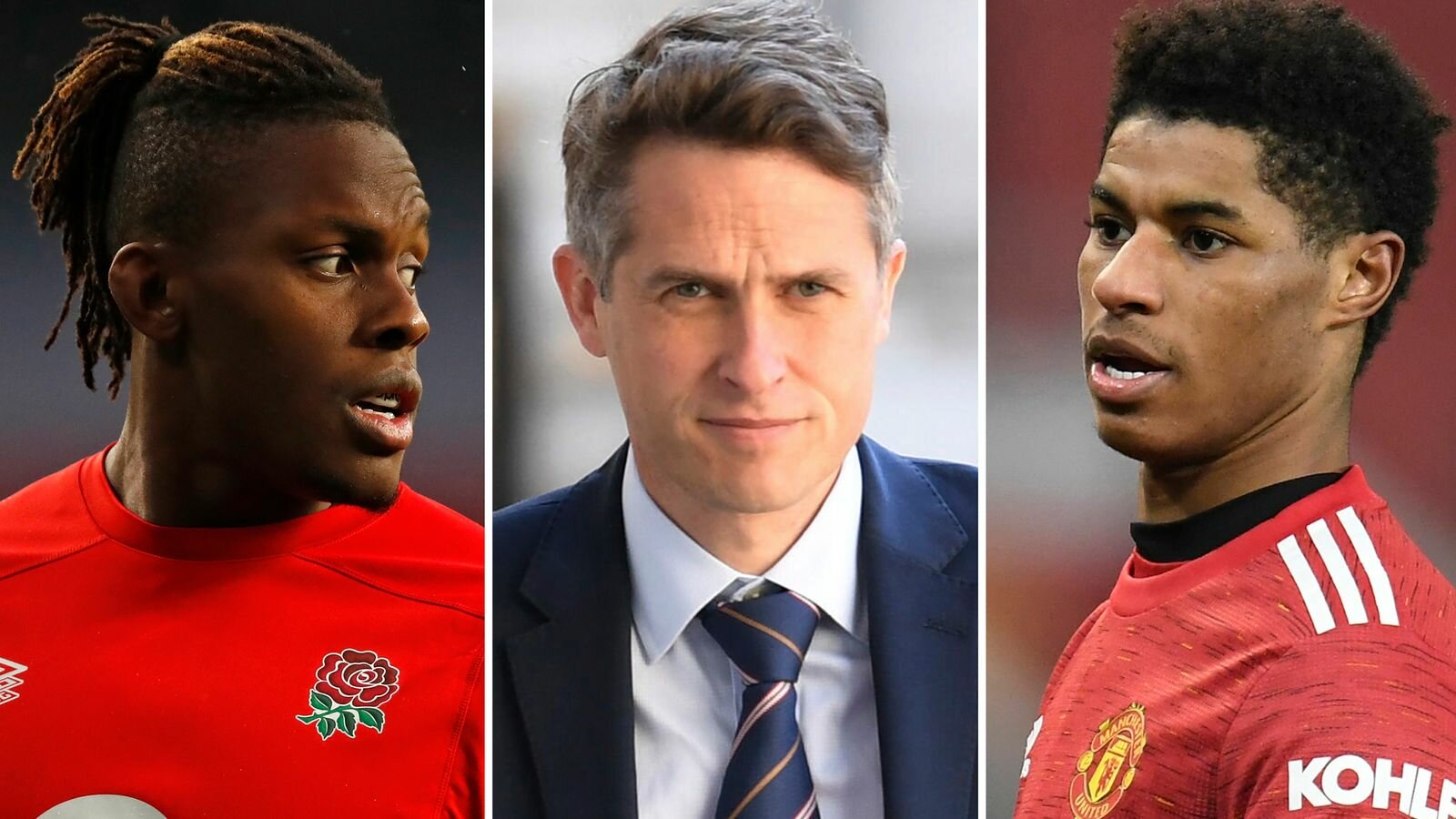 Nigeria-born rugby star, Maro Itoje, who was recently in Delta State on a courtesy visit to his father’s roots, has been cited at the centre of a dramatic mix-up with Manchester United of England striker, Marcus Rashford.

Megasportsarena.com gathered that the mix-up came from no less a person than a British minister, who committed a blunder in referring to the Nigerian-born England rugby international as the soccer national team star.

However, after committing the gaffer, the education secretary, Gavin Williamson admitted it was a genuine mistake committed during a newspaper interview.

Despite the apology, critics insist it should be a final nail in the coffin for Williamson’s role in the British government.

Similarly, Rashford mocked Williamson after the politician was accused of confusing him for Itoje and the Ghanaian-born striker, who was born in Manchester, wrote on Twitter: “Accent could have been a giveaway.”

Rashford wrote in response to a report in London’s Evening Standard that Williamson never had direct communication with the Man United forward, who is a high-profile campaigner for free school meals and other food poverty issues in England.

This followed an interview with the newspaper, in which Williamson said he met Rashford ‘over Zoom and he seemed incredibly engaged, compassionate and charming but then he had to shoot off.’

However, the newspaper article soon added: “Later Williamson’s team tell me he actually met the rugby player Maro Itoje, who campaigned to bridge the digital divide, not Rashford.

“Rashford’s spokesperson confirms that he has never had any direct communication with Williamson, although the minister did have a call with Itoje about equal access to education during the pandemic.”