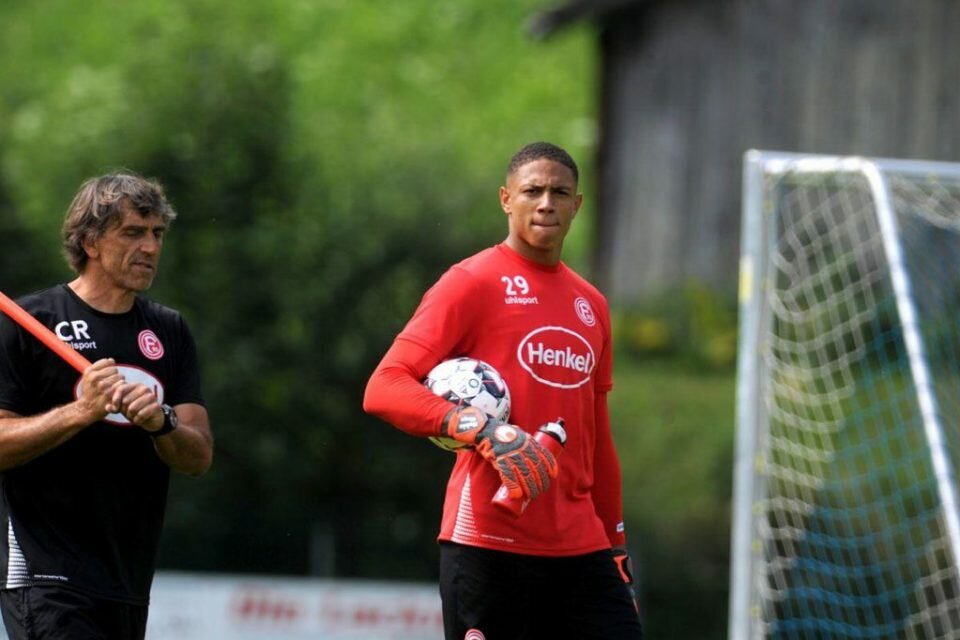 Fortuna Düsseldorf of Germany goalkeeper, Emil Maduka Okoye has landed in The Netherlands, as he tries to get a summer transfer to Sparta Rotterdam of Holland, megasportsarena.com reports.

Maduka, who debuted for the Super Eagles as a second half substitute in place of injured Francis Odinaka Uzoho in a high-profile international friendly against Brazil last October, will hope to gain from the long-standing Nigerian tradition at the Rotterdam-based Dutch Eredivisie side, which once pad the wages of Sani Kaita and Dele Adeleye.

He will now have to settle down fast and stay focused on the task ahead of him, following his arrival in Rotterdam on Friday, and prepare for contract talks with the six-time Dutch champions with whom he would be banking on his agent, Fardy Bachdim, to iron out a lucrative and water tight deal for hm at The Het Kasteel

A report by Voetbal Primeur revealed further that the first lap of talks will open with Sparta’s technical manager, Henk van Stee, but Maduka will also be able to speak with other clubs, even without approval from Düsseldorf, because his contract with the German side ends next month.

Everything is now heading in the direction of Maduka leaving Düsseldorf, as he recently hinted that he could be playing in Holland next season; which would be a massive turnaround for the fast-rising shot-stopper who has been with the Bundesliga outfit since 2017.

He had, however, been restricted for a long spell to their youth team in the fourth-tier league, despite having previously passed through the ranks with Borussia Mönchengladbach and Bayer Leverkusen; but a single appearance with the Eagles has turned his story around for the best.