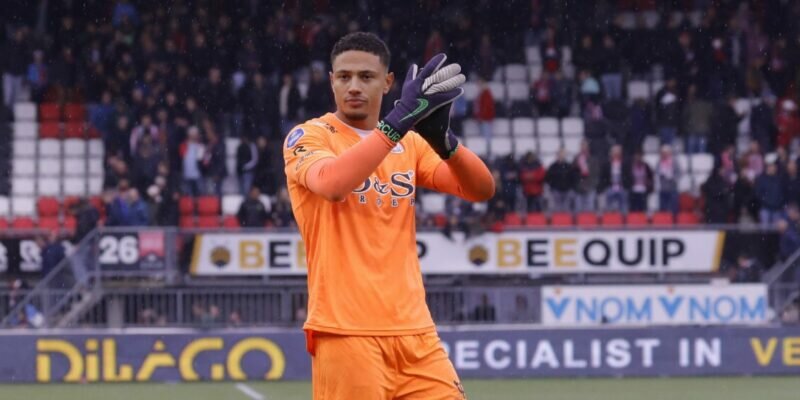 Maduka Okoye is one of many on-loan Watford players to bid farewell to their temporary clubs, as the domestic campaigns come to a close in England and overseas, Megasportsarena.com reports.

Okoye’s Sparta Rotterdam have won all three of their final Eredivisie games to remarkably beat the drop in the Dutch top-tier.

Sparta had won five games all season and sat bottom of the table going into a final flurry of fixtures, but collected 10 points from 12 to rise to 14th in the league, one point ahead of Heracles, who were beaten 3-1 by Okoye’s side on the final day and now face a relegation play-off.

Megasportsarena.com reports that Okoye’s clean sheet in a 2-0 win over PEC Zwolle last week played a major role in the club’s survival, with confirmation of their spot in the first division taking place on Sunday afternoon in dramatic fashion.

The Nigeria international, Watford-bound after agreeing a deal to join the club from next season, said an emotional goodbye to the club that signed him in 2020, and the fans appreciated his time. 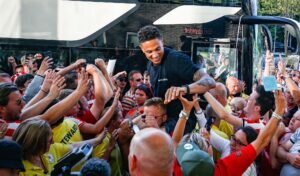 The Super Eagles goalkeeper will campaign in the English Championship next season. He joins William Troost-Ekong and Samuel Kalu at Vicarage Road.