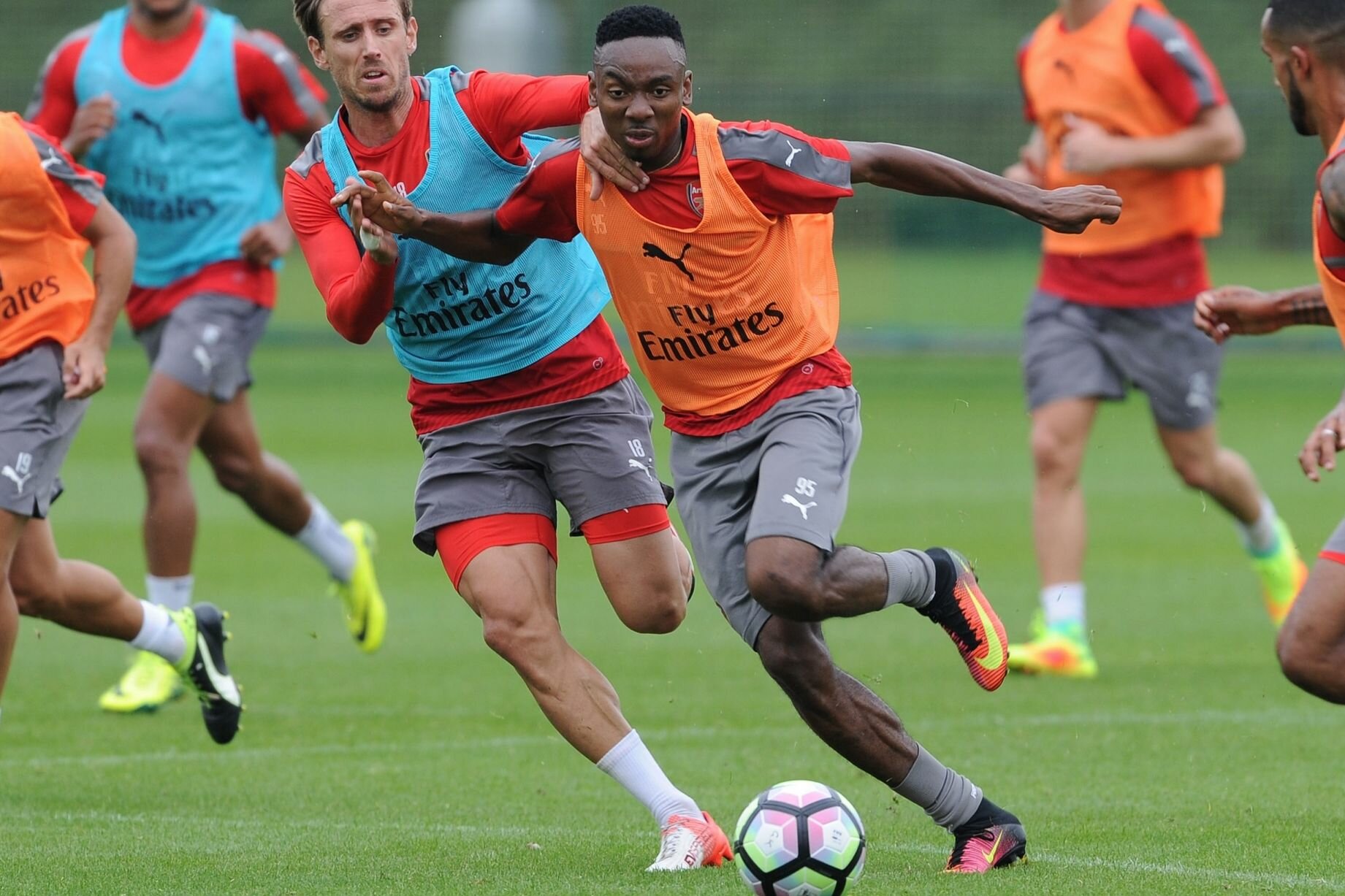 Former youth international, Kelechi Nwakali has turned up for pre-season training at Arsenal of England, where he is receiving useful tips from one of The Gunners’ former captains, Per Metersacker, megasportsarena.com reports.

Nwakali is seeking to finally tie down a spot in Arsenal’s mainframe, following several loans deals in Holland and Portugal, but he will have to convince Metersacker and other egg heads at Emirates Stadium about his quality within the next few weeks.

At the start of his ‘trials’ this week, Nwakali trained with Arsenal’s under-23 squad at London Colney, ahead of a potential debut in a pre-season friendly against Boreham Wood at Meadow Park this weekend, for which he has been provisionally assigned jersey number 98.

Nwakali will continue to be assessed by Mertesacker, who is now The Gunners’ academy director, alongside the London club’s under-23 team coach, Steve Bould, assistant coach, Ryan Garry, head of academy player development, Marcel Lucassen and conditioning coach, Noel Carroll.