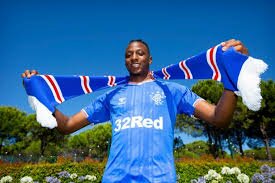 Glasgow Rangers of Scotland midfielder, Joe Aribo has snub an ambitious offer from Galatasaray of Turkey, as the Turkish Super Lig outfit could muster only a ten million euro offer, megasportsarena.com reports.

However, with the chances of playing in the UEFA Champions League up on the table for Aribo at Rangers, the former Charlton Athletic of England dazzler has opted to stay put in Glasgow.

That means he will not join the Nigerian legion of Valentine Ozornwafor, Oghenekaro Etebo, Henry Onyekuru and Jesse Sekidika, who all played for Galatasaray this season, but would be alarmed to learn that their club has been priced out of a deal for Aribo.

‘Gala’ were reportedly attracted by Aribo’s impressive performances with The Gers, coupled with the fact that The Light Blues would want to recoup what they paid to sign him from Charlton, following which he has netted 17 goals and provide 15 assists in 97 appearances.

Turkish sports newspaper, Fotospor though added in their report that Galatasaray pulled out of their bid to sign Aribo after they were a quoted a fee of ten million euro for the versatile star, as Rangers played hard to get, as they do not want to sell the Nigerian international.

However, while Rangers aim to keep him for next season’s campaign in the Champions League, Aribo is secretly harbouring aspirations of playing in the English Premier League and he is not interested in moving to Turkey.