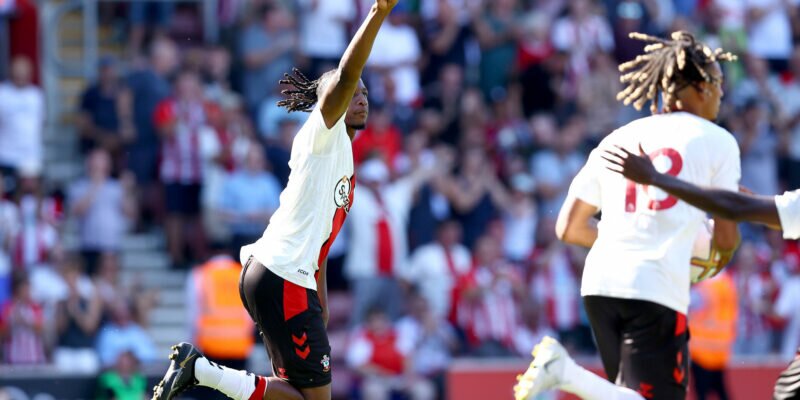 Joe Aribo led Southampton’s resurgence in their rousing comeback from 2-0 down to salvage a point from the first Premier League home match of the new season against Leeds United on Saturday, Megasportsarena.com reports.

Gavin Bazunu also made outstanding saves in the match.

Rodrigo’s second-half double, including the opening goal within 30 seconds of the restart, had Leeds on their way to six points out of six after victory on the opening day.

Joe Aribo arrived off the bench to pull a goal back from Adam Armstrong’s low cross, before Sékou Mara’s exquisite pass opened the door for Kyle Walker-Peters to rescue a point nine minutes from time.

The Nigerian midfielder made an instant impact when he came on, and his first chance on goal was a tame header that lacked the necessary power to trouble Meslier in goal for Leeds.

Aribo then saw another chance blocked as he went to shoot, but it would prove third time lucky for the Nigerian.

Aribo finally got his chance when Mara and Adams combined with Armstrong, who found space down the left and delivered a low cross that Aribo took his time to control, before rounding Meslier and burying a low shot through a crowd of bodies to give St Mary’s the lift it had been waiting for.

A well deserved draw for Saints at the St Mary’s Stadium and a good showing for the Ex-Rangers man who proved a worthy addition to the squad.