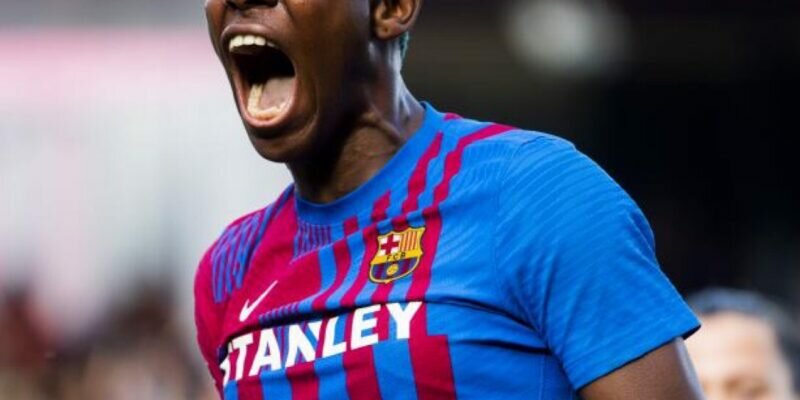 The Super Falcon predator, who is a four-time Africa Women’s Player of the Year, becomes the first African woman to achieve the great feat, scoring 20 goals in just 12 starts of all 19 league appearances.

The 27-year-old, who opened her season account with a brace in a 5-0 win over Real Betis on September 11, grabbed her 20th goal of the season in a 5-1 win against Sevilla on May 5.

The 20th goal of the season saw the Super Falcons star, who twice bounced back from 16 weeks on the sideline due to injury to level with Brazil’s Geyse of Madrid CFF, who failed to go further. 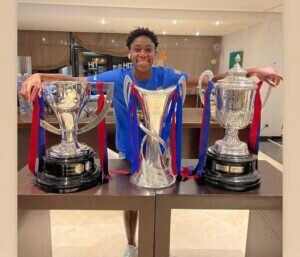 Despite introduced as a 63rd minute substitute, the Nigerian striker could not add to her goal tally on final day’s 2-1 win against Atletico Madrid, but she still nicked her long-sought accolade, having played fewer matches (19) than Geyse (27).

Having won the famous Pichichi, Oshoala will now shift her attention to helping Barcelona retain the Uefa Women’s Champions League title when they face Lyon in a 2019 final rematch at Juventus Stadium on May 21.

In the aftermath, she will seek to maintain her quadruple dream when they meet Real Madrid in the Copa de la Reina semi-final four days later.

With her fine club season, the goalscoring sensation will seek to cap her unforgettable year with a fourth title in Nigeria’s colours at the TotalEnergies Women’s Africa Cup of Nations in Morocco from July 2 to 23.