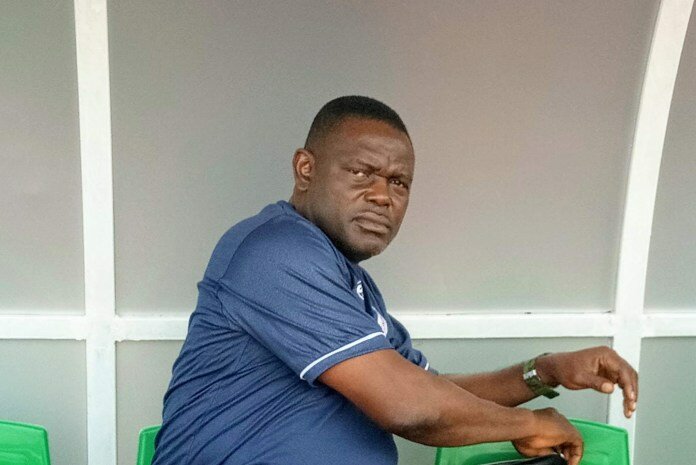 Rivers United of Port Harcourt coach, Stanley Eguma has downplayed the import of his side’s 1-0 win away to Young Africans FC of Tanzania in the CAF Confederation Cup, as he says The Garden City side will take the reverse fixture this weekend as if they lost the first game.

Megasportsarena.com reports that, rather than feel a sense of fulfillment and satisfaction from his side’s away win in their first game of the second-tier continental competition last weekend, Eguma is staying modest in victory.

He went on to affirm that his side, who finished third last season in the Nigerian Professional Football League (NPFL), will train even harder in order to get a better result this Sunday at Adokiye Amesiamaka Stadium in Port Harcourt.

Garden City fans were excited with the news they got from East Africa last weekend, as a 55th minute header by Moses Omodumuke gave Rivers United an away victory, though they were without four key players that tested positive for Covid-19 before the game.

Although Eguma admitted it was a gallant result being able to pip Young Africans 1-0 on the road, he insisted that his team will put in more efforts for the second leg, in order to guarantee their qualification to the next round of the CAF Champions League.

Eguma stressed: “We have fight as if had not won the first leg. We have to give everything. Our opponents are a good and very mobile side. So, we have to rise to occasion so as to ensure our qualification to the next round of the competition.”