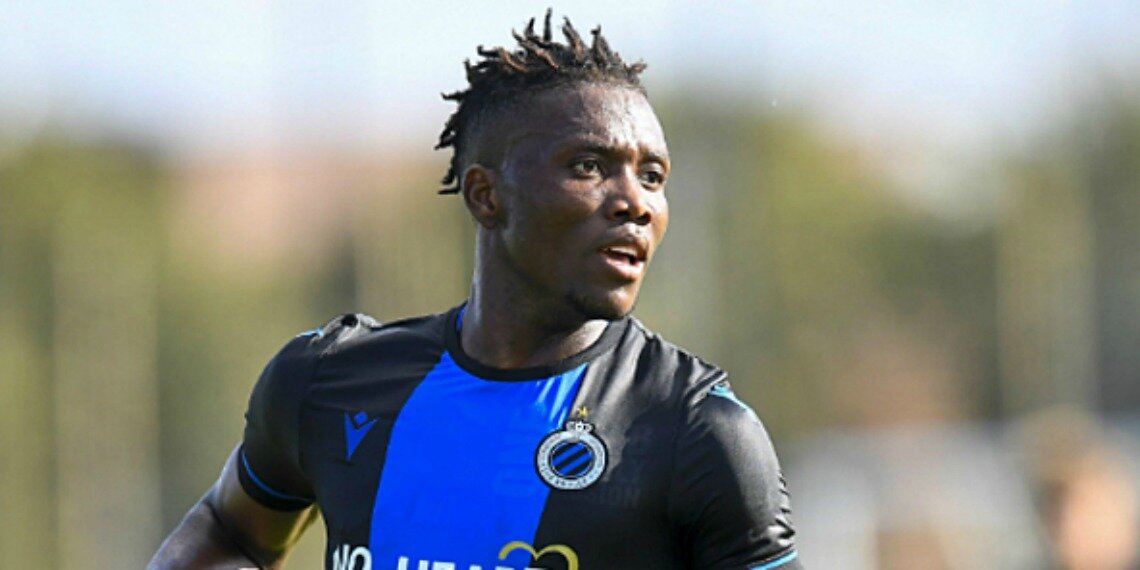 Cub Brugge of Belgium striker, David Chidozie Okereke is still passing through scrutiny over the recent infestation he had with coronavirus and he has consequently been ruled out of action with his club in this weekend’s derby against Cercle Brugge, megasportsarena.com reports.

Although officials at Club Brugge parried any form of alarm or escalation of Okereke’s condition, since he was diagnosed with the highly contagious respiratory disease two weeks ago, the former under-23 national team, Olympic Eagles’ star was advised to remain in quarantine.

Rather than keep their fans and the players’ family worried about the health update at the club, the officials hinted further that self-isolation is no longer an emergency but merely a precaution for Okereke, but they admitted he has not fully recovered from COVID-19.

It means it will be a second straight match the club will be without Okereke, who has scored a single goal for the team this season, just three days before he was declared positive for COVID-19, and he went on to miss last weekend’s 6-0 win against Waasland-Beveren.

The dreadlocks-wearing former Spezia and Cosenca of Italy all-action attacker was immediately quarantined after tested positive for coronavirus and the Belgian champions stated in their update on his condition that Okereke still has viral load in his body system and he could infect other players were he allowed to return to the squad this week.

Okereke will, therefore, be missing from this weekend’s derby against Cercle, leaving Club Brugge’s fans hoping to see him return next weekend for the team’s next high-profile Jupiler League fixture, which will be at home against RSC Anderlecht.