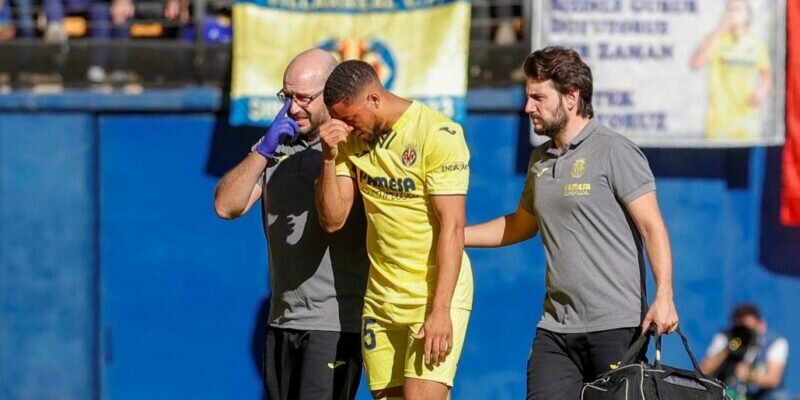 Liverpool are in Spain with a 2-0 lead and are seen as favourites to progress to the final where they will meet the winners of Real Madrid vs Man City.

Danjuma missed Monday’s training session and is a major doubt to feature against Jurgen Klopp’s side, having missed Saturday’s defeat to Alaves.

A worried Villarreal said Unai Emery, “Danjuma has also had some discomfort. He has not trained today with the group and tomorrow morning we will see if he is in a position to play as well.”

The Yellow Submarines were without Gerard Moreno for the first-leg at Anfield and Raul Albiol and Francis Coquelin both picked up knocks last week.

All three trained prior to the return fixture and are expected to give Emery a fitness boost by starting on Tuesday night, although Moreno has missed a number of fixtures recently due to a reoccurring hamstring injury.

Villarreal will also be without teenager Yeremy Pino. Pino was another absentee from training, with Emery confirming: “Yeremy, it is true that he has an injury that will make him miss out.”

Former Reds defender Alberto Moreno will not come up against his old teammates as he recovers from a knee injury.

Arsenal Told It’s £100m For Osimhen Or No Deal