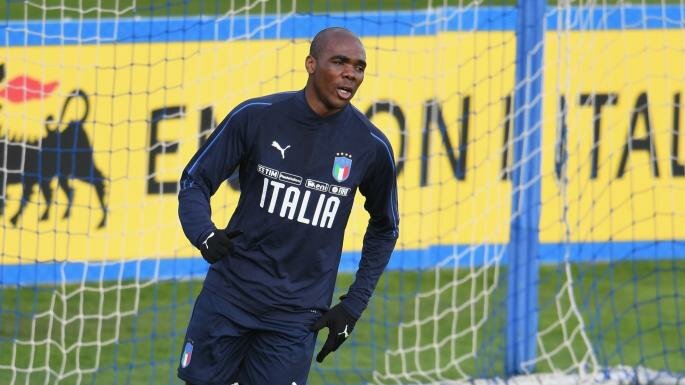 Megasportsarena.com has gathered that West Ham United of England defender, Angelo Obinze Ogbonna is reflecting on his decision to commit his international career to Italy several years ago, rather than think of lining out for his parents’ country, Nigeria.

Though he acknowledged how he grew up knowing a lot about Nigeria through his parents, the former Juventus and Torino stopper pointed that racism has never been part of his thoughts, and he opted to play for Italy because he felt it was the right decision for him.

Having been born in Italy and grew up in The Land of The Azzurri, Ogbonna admits he felt more at home in the country of his birth and opting to play for them at full senior level was never a case of debate for him and stressed that it had nothing to do with the colour of his skin.

The 31-year-old central defender, who was born in Cassino to parents that hail from Owerri West in Imo State, has 13 caps for Italy, after his debut in a friendly against Poland in November 2011, and has represented the European country at two major tournaments.

He earlier became cap-tied to the European nation when he started in a FIFA World Cup qualifier versus Bulgaria in September 2012, and the dark-skinned stopper has now disclosed that he has no regrets over his choice, because he is proud of whatever he can do without talking about skin colour or issues of race in a vastly expanding global village.

However, despite opting to play for Italy, Ogbonna says he has never forgotten his rich Nigerian heritage, which he says he adores so much, as part of the general status of his love for everything about Africa, as he insists every tradition and culture has something good and pleasant about it.

Ogbonna told West Ham’s website: ”I grew up with Nigerian parents, but I chose to play for the Italian national team because I felt that was right. Whether you are black, Asian or whatever, you should be proud. I always say, we should be focused on the important things, which are not black or white. We are the same people. We all laugh and we all cry. For me, there is no difference.

“I was brought up with two different cultures, African and European, and I think I am totally open and I am always looking to learn more about other cultures. For example, I went with my family to Japan this summer, and then to China with the squad for the Premier League Asia Trophy, and I was so impressed with the Asian culture.”

AFN Has Put All Hands On Deck For Success At Tokyo 2020 Olympics - George
Megasports
https://t.co/RbFdpCDnSR