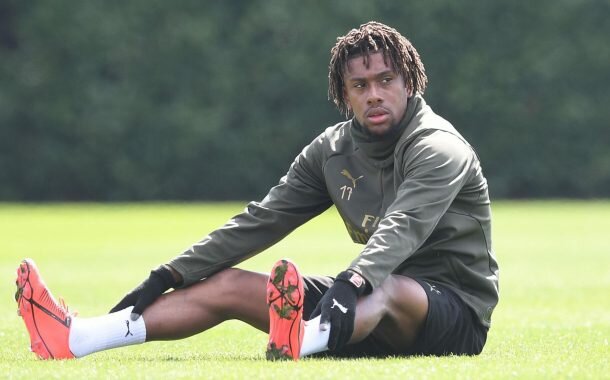 Everton of England midfielder, Alex Iwobi looks set to return to training with the squad next week, following his time out of the sidelines after coping an injury in December, megasportsarena.com reports.

The initial verdict had been that the former Arsenal playmaker would not return until early February, but, while Iwobi now appears ahead of schedule, the Super Eagles’ youngster is still ruled out of this weekend’s fixture with West Ham United.

Good news for his fans, though, is that Iwobi could make a dramatic return to The Toffees’ match day squad for next weekend’s game, as Everton coach, Carlo Ancelotti says the lad’s recovery is going faster than expected.

Ancelotti confirmed that the Eagles’ star will resume full training with the squad next week, having already commenced individual recovery drills, as he enters the last lap of rehab from a hamstring injury he copped against Arsenal on December 21.

Sequel to the setback, Iwobi has missed five straight matches, which set his ratio of games with the squad back to an all-time low, with data showing that he has not played approximately a quarter of their fixtures in all competitions this season, as he also missed two earlier due to his now notorious inconsistent form that has left many of the club’s fans critical of his impact.

While affirming that The Gunners’ former under-21 team captain is not available for Saturday’s English Premier League fixture at London Stadium, Ancelotti told Everton TV: “Alex Iwobi will not be ready for the match. I think next week he will be able to train with us.”