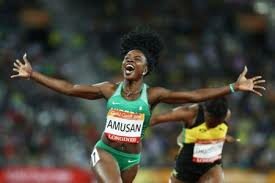 She becomes the fifth woman to successfully defend the 100m hurdles title after she stormed to victory in a wind-aided 12.57s at the ongoing 22nd African Athletics Championship in Mauritius, Megasportsarena.com reports.

The 25 year old sprint hurdler, who won the title for the first time four years ago at the 21st edition of the Championships, has now become the third Nigerian after Maria Usifo (1984 and 1985) and Glory Alozie (1996, 1998 and 2000) and fifth African to successfully defend the sprint hurdles title.

The reigning African Games champion was however denied the chance to break Alozie’s 12.77s championship record set in Dakar, Senegal in 1998 by an excessive 4.0m/s tailwind.

Amusan’s victory has increased Nigeria’s gold medal haul in the event to 12.

Nigeria has a chance to win another gold when quarter-miler Patience Okon George steps out in the women’s 400m final. She qualified for her fourth straight final after running 53.24s to win her semifinal heat.

The 30-year-old will be hoping for gold this time around after winning bronze in the 2014 and 2016 editions of the competition.

The trio of Sikiru Adeyemi, Nathaniel Samson and Johnson Nnamani however failed to advance to the men’s 400M final thereby extending Nigeria’s wait to get an African champion 24 years after Clement Chukwu won the gold medal in Dakar, Senegal.

Joe Aribo: Super Eagles Will Get Better Under Peseiro 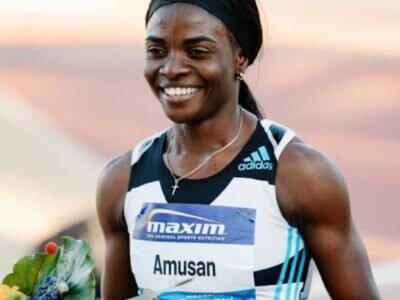 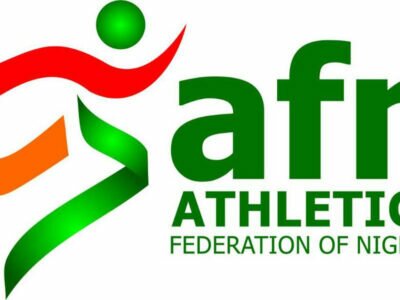 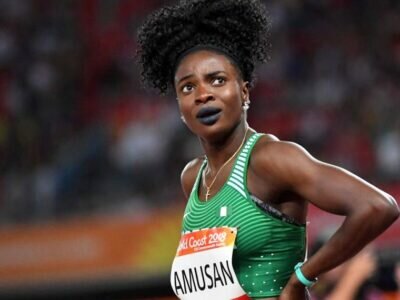