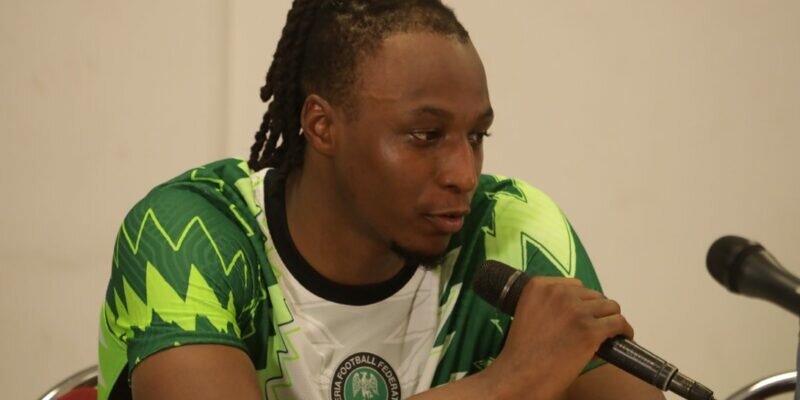 Joe Aribo says the Super Eagles must perform better than the unconvincing performance they gave in the 2023 Africa Cup of Nations qualifying match against Sierra Leone at the MKO Abiola National Stadium in Abuja on Thursday evening, Megasportsarena.com reports.

The Glasgow Rangers midfielder, who partnered Alex Iwobi in the midfield, went the full ninety minutes for the fourth consecutive game for the team, missed a chance to put Nigeria 3-1 up in the second half but his last-second intervention denied the Leone Stars a chance for an equaliser in added time as they rallied to a 2-1 win.

“I think it is important that we got a win in the first game. You know that we want to take the momentum into the next game coming and it was very important that we started this campaign with the three points.” He told Megasportsarena.com after the match.

The team lacked cohesion and were unable to break down their visitors in the game, Aribo agreed that they must improve and promised that they would get better going forward.

Nigeria will face Sao Tome in Morocco on Monday, June 13th as they continue their march to Côte d’Ivoire 2023.

Calvin Bassey Named In Scottish Premiership Team Of The Season