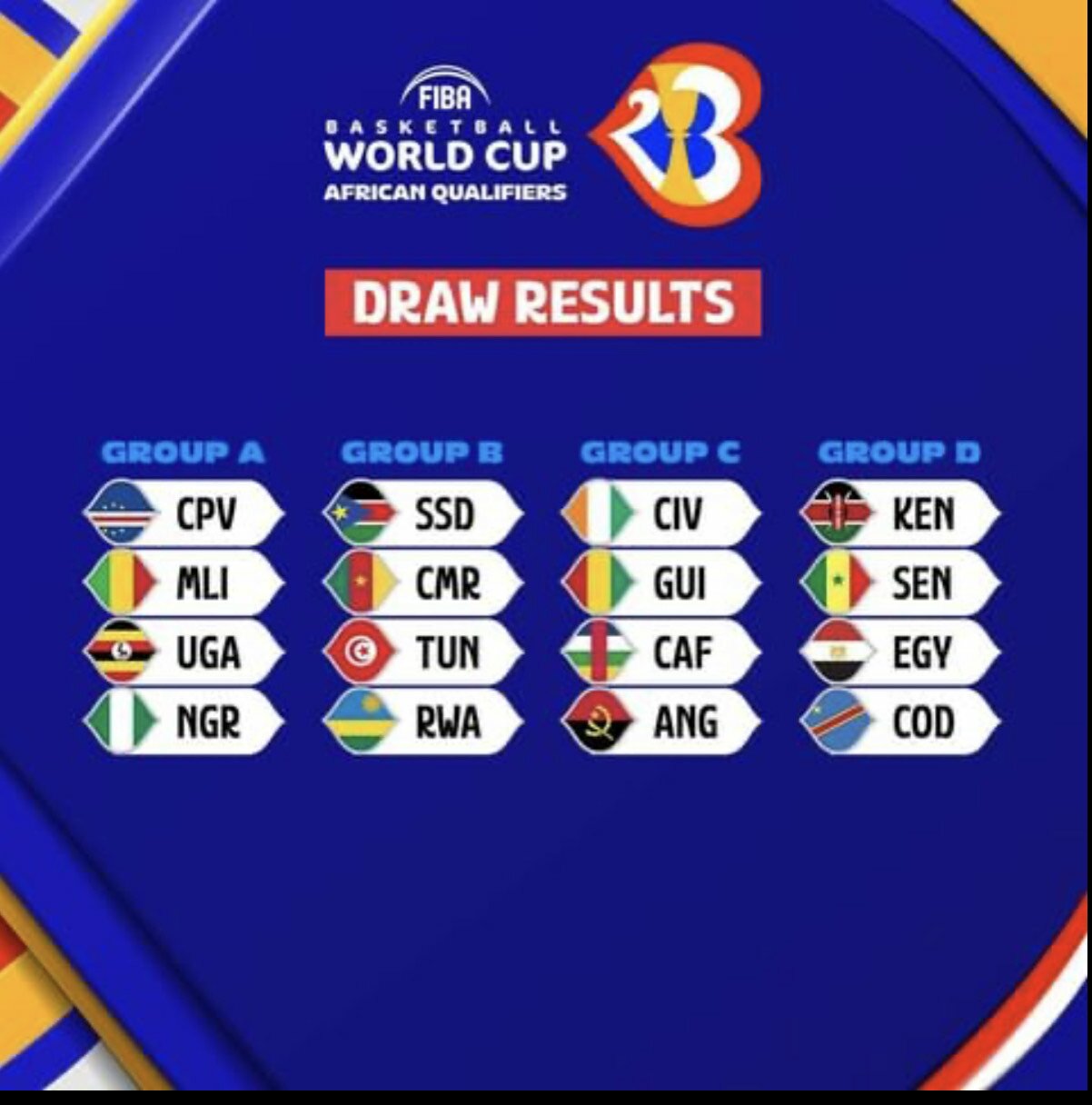 Nigeria will battle Uganda, Mali and Cape Verde as the team eyes a back to back FIBA World Cup appearance.

The draws conducted at the Federation of International Basketball Associations headquarters in Mies, Switzerland on Tuesday saw Nigeria seeded in Pot One alongside Tunisia.

According to the schedule already released by FIBA Africa, Nigeria will be in action during the first window.

The Mike Brown led team will be taking on a familiar foe, Mali on the 27th after they met earlier in the run up to the 2019 edition held in China and recently at the 2021 Afrobasket.

All eyes will be on the clash against Uganda on the 28th after the latest Afrobasket loss.

At the conclusion of the first round where every team will play 6 games, the top three teams in the groups will qualify for the last round.

The top two teams in the two groups alongside the best third-placed team after the conclusion of the last round will represent Africa at the World Cup to be co-hosted by Indonesia, Philippines and Japan.