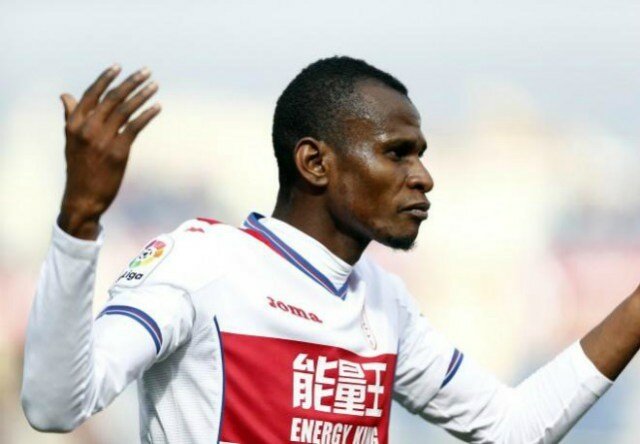 Two Spain-based Nigerian players are currently facing different kinds of worries, as Deportivo La Coruna midfielder, Uche Agbo has been ruled out for the remaining days of the season in the lower division, due to injury, while UD Leganes defender, Chidozie Awaziem is battling against relegation in the top-flight LaLiga.

Megasportsarena.com gathered that, while Awaziem is thinking on the collective level for his team, who he insists will beat the drop, only personal thoughts are bugging Agbo, who held his own firmly before bowing to injury, as he had been was a commanding force in his Spanish second division club’s midfield.

Although there are still four rounds of matches left in the Spanish Segunda division, there will no longer be any appearance by Agbo, who has been on loan from Standard Liege of Belgium, where the battling midfielder, who has also seen action in Portugal and Turkey, still has a year left on his current contract.

On the other hand Awaziem has expressed confidence in the ability of Leganes to survive the drop from LaLiga, especially after they earned a 1-0 victory away to Espanyol last weekend, which the 23-year-old defender believes put their survival hope back on track, while also affirming that all the players are determined to fight till the end to remain in the top division.

Awaziem told AOIFootball.com: “I believe in the team 100%. The spirit the guys are putting in is massive and I believe we are going to achieve our aim and beat the drop. We are trying our best game by game and we showed huge character today so hopefully we can maintain this and turn it around in our remaining games.”