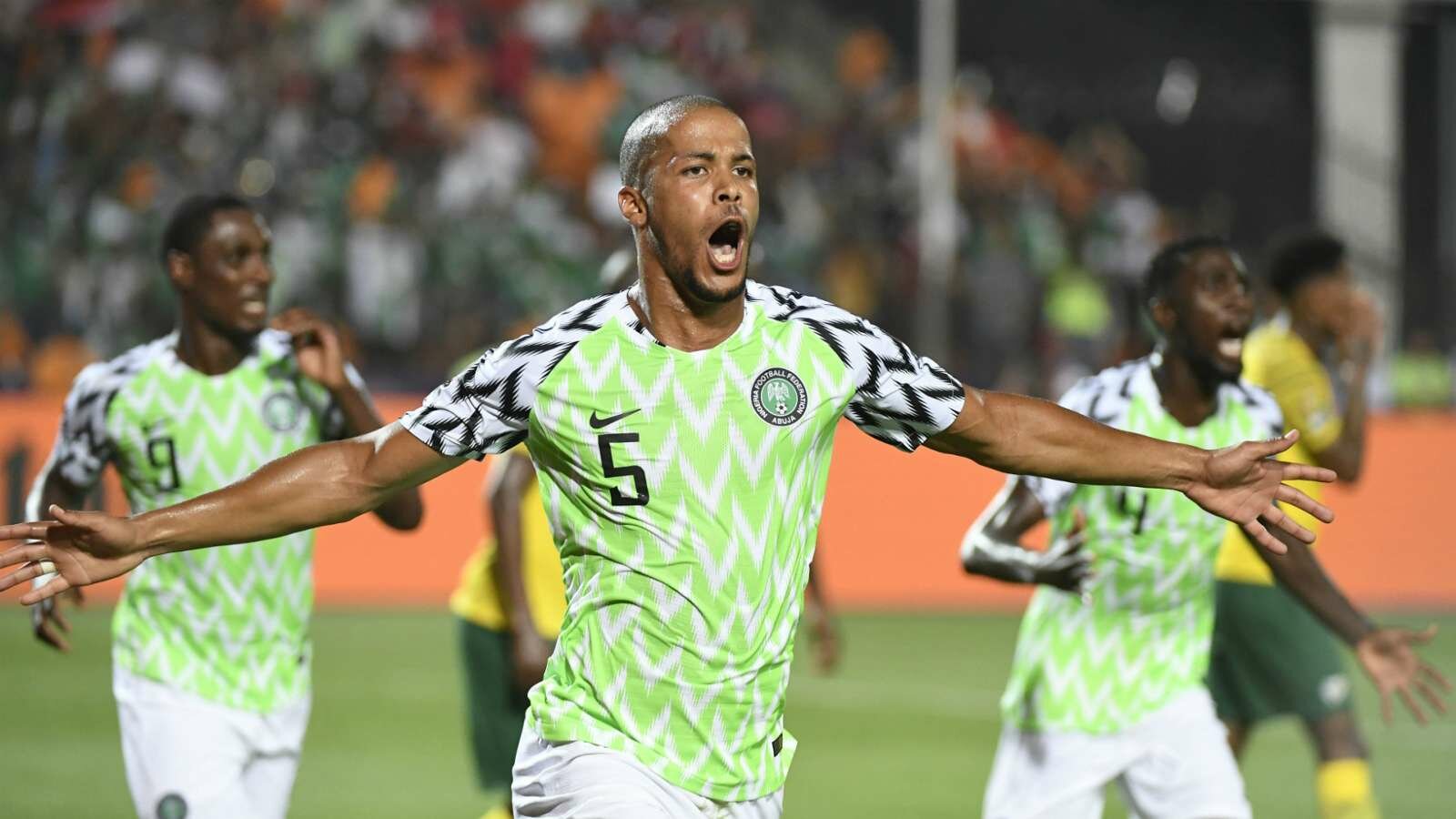 Udinese of Italy defender, William Troost-Ekong has quickly turned his attention on Nigeria’s next match at the Africa Cup of Nations, as he says the Super Eagles must put behind them celebrations of their victory over South Africa and concentrate on how they can beat Algeria in the semi-finals this Sunday in Cairo, Egypt.

After netting his first ever AFCON goal for Nigeria in the 89th minute of Wednesday’s crunchy quarter-final against Bafana Bafana, Troost-Ekong admitted he was thrilled with his feat, but stressed that they have to think now only about reaching the final at the same venue next Friday, July 19.

The Holland-born stopper, who played for the youth team of Tottenham Hotspur in England before moving on to Dodrecht of Holland, Haugesund of Norway, KAA Gent of Belgium and Bursaspor of Turkey, added that the midweek cracker was tough the way it was because both sides also met in the AFCON 2019 qualifiers and have rich history between them.

He, however, noted during Mega Sports on Star 101.5 FM, Lagos that there was a touch of luck in South Africa’s goal that drew them level on the night, as it took Video Assistant Referee (VAR) to spot that the ball had gone off Odion Jude Ighalo’s back before reaching an opposing player that was actually in an offside position, but had thereby been played on.

The mulatto star, though, concluded with his reaction to being the one who scored the late goal that saved the day for Nigeria, pointing out that he felt justified making up for not being able to watch Ighalo’s back and stop the loose ball from reaching the South African attacker who scored.

Troost-Ekong stated: “The match was tough because both teams are very familiar with each other, and we even faced them in the qualifiers.

“We are happy to win and we are looking forward to the semi-final. I am happy for the boys and I am happy that I scored.

“They were actually lucky to get their goal through VAR, because it would have been disallowed had the ball not come off Ighalo’s back.

“I am happy that I was the one who then scored our winner, because I should have been watching Ighalo’s back and stop the ball from going to the man that was offside. We are all happy that we won.”