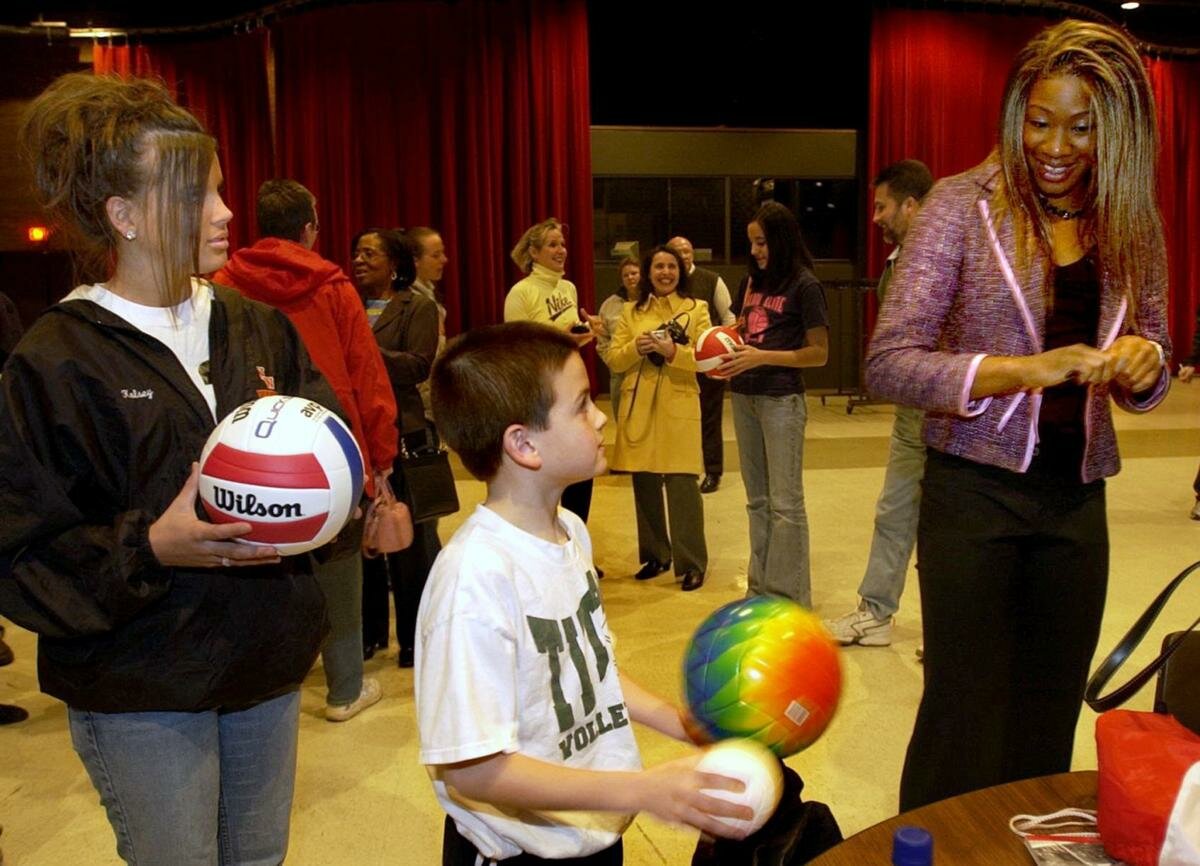 Former Stanford Volleyball Club of America and two-time ex-US Olympic Games team star, Ogonna Nnamani Silva is cherishing the role she is currently playing as a member of the health service crews working round the clock to save lives from coronavirus, and says the expertise she has gained in the medical profession came from the experience she acquired in sports, megasportsarena.com reports.

Silva said she is happy with what she is achieving as a surgeon, but the Nigerian-born former volleyball star from Bloomington believes she has been able to excel in her chosen profession are retiring from the game due to the exposure and ideas she picked up while playing at the highest level.

While relishing her role as a health worker during the ongoing battle against COVID-19, Silva added that her efforts after retirement are equally producing great moments of satisfaction for her and the community around her, even after the birth of her daughter, Anya, six months ago.

She acknowledged that another epochal moment for he was when she was inducted into the Stanford Hall of Fame, for which the 2001 University High School graduate said she is proud of her school record of 2,450 career kills, which still ranks 11th in NCAA history.

That was the product of a 6-foot-1 outside hitter being able to touch 11 feet high thanks to a 36-inch vertical jump, which also helped her take a high ranking mark of 5,520 swings, in a school record 498 sets, while averaging 4.92 kills on .331 hitting.

Stanford went 121-20 with her, winning NCAA titles in 2001 and 2004, placed second in 2002, she won the Honda-Broderick Cup for 2004/05 as the nation’s best college female athlete and, before her senior season, she was the youngest member of the US volleyball team in the 2004 Athens Olympics, then helped them win silver four years later at Beijing 2008.

Almost lost in the glitz of all that is a high school career that saw Nnamani Silva earn Gatorade National Player of the Year honors, after leading U High to a 149-15 record and four Class A state tournament berths including titles in 1999 and 2000; after which she entered medical school at University of California in San Francisco at age 33.

Silva did not get done with volleyball until she had played five years professionally in Puerto Rico, Switzerland, Turkey, Italy and the Czech Republic; such that successfully finishing med school reminds her of those who have provided support, especially her parents, Uzo and Chika.

When she prepared to enter med school, Nnamani Silva sought advice from her former national team coach, the legendary Karch Kiraly and she acknowledged how med school showed her the importance of teamwork and communication with patients from all walks of life.

When she started her course in 2016, Silva did not expect that her volleyball experiences would be of any use, but the former University High School star realizes how wrong she was, as working to ward off the effects of COVID-19 have opened her eyes in an entirely new light.

She noted that med students at her hospital are not allowed in the rooms of COVID-19 patients, but they have to be cautious or risk contracting the disease; but she has not been forced to move out of the home she shares with his husband, Mike, and five-year-old daughter, Anna.

Rather than move out to avoid contaminating them while she and her fellow students help to collect protective equipment for their hospital, the 6-foot-1 member of two NCAA championship teams at Stanford, said she has learnt how to be careful under the tightest of circumstances.

Silva stated: “There is no way I would have had the success I had in medical school without my experiences as an athlete. I was able to work in the hospital for the past few months during the pandemic. It was quite hectic and chaotic.

“It was amazing to see the physicians, the nurses, the pharmacists, the entire healthcare team come together and really work to find solutions. For the past two weeks, I’ve been on a radiology elective because my last clinical rotation was canceled

“I thought I had to adopt a new skill set, completely change everything, but the moment I noticed I don’t have to change, I just have to keep doing what I’m doing — it’s just a different contest — things really started to click.

“It’s been quite the experience to be in the middle of a pandemic. It’s an honor to help in the medical system however I can.”