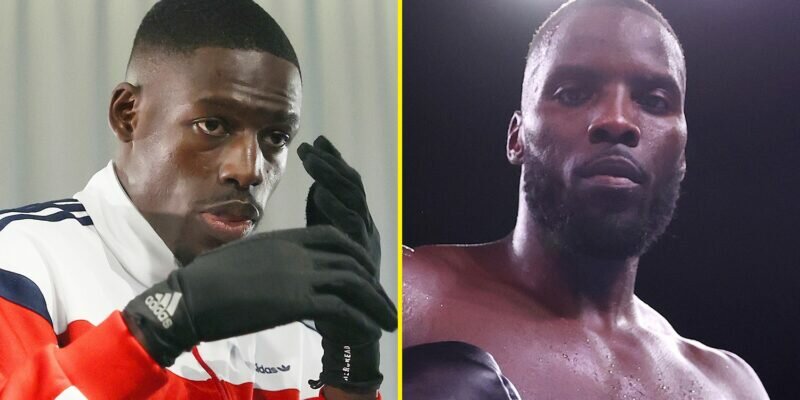 Richard Riakporhe is ready to challenge for Lawrence Okolie’s world title – even if it does leave Anthony Joshua in an awkward situation, Megasportsarena.com understands.

The cruiserweight contender is 15-0, with 11 knockouts and finds himself on the cusp of world honours, and there would be no bigger fight than against domestic rival Okolie, the unbeaten WBO champion.

All three pugilists in the triangle have their roots in Nigeria and former world heavyweight champion AJ is close to both of them, and he will likely look away when both men square up in the ring sometimes in the future.

The pair of Londoners, one managed by AJ and the other a training partner, are the two biggest hitters in the division.

And it leaves Riakporhe calling to make the fight happen before they inevitably outgrow the 14st 4lb limit and move up to heavyweight.

He told SunSport: “If it makes sense, of course 100 per cent, money talks and we’re prizefighters. If the numbers are right it has to happen. May the best man win, it will be war during that period of time for however long the fight lasts for, we’ll come out and shake hands after.

“It’s a bit tricky because you have to bear in mind this guy is a world champion and he’s calling for unifications. We’re also finding it difficult to make the weight, we have to cut down to get to the weight, we walk around over 100kg, heavyweight basically.

“That’s why these guys feel the strength, once you get in the ring with me it’s different, we’re physically strong and we can punch. Eventually, we’re going to have to move up and go to heavyweight. I guess it’s going to just come down to the financial element.”

Riakporhe, 32, has been making huge strides under trainer Angel Fernandez in their Loughborough base.

They are also joined in the gym by Joshua, 32, currently in camp for his August 20 rematch against Oleksandr Usyk, 35, in Saudi Arabia.

But as an old friend and now gym-mate of Joshua’s, he is adamant there will be no conflict of interest.

Riakporhe said: “We don’t speak on nothing like that, to be fair, I’ve known him for a very long time, probably longer than Okolie and them guys.

“You see with AJ, he’s more focussed on his fights, he’s not involved with the management-side like people think he is. He’s got a team that do everything, 258 Management, and he does his own thing, currently he’s boxing and focussing on his career.

“I believe you can only focus on one thing at a time, people who try and divide their attention, something else is going to be affected. The way AJ kind of conducts himself in that way is really good. He can focus solely on boxing.” 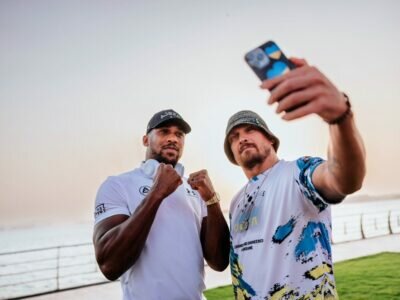 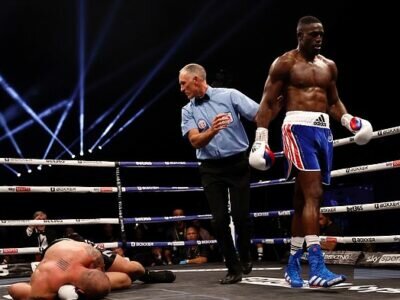