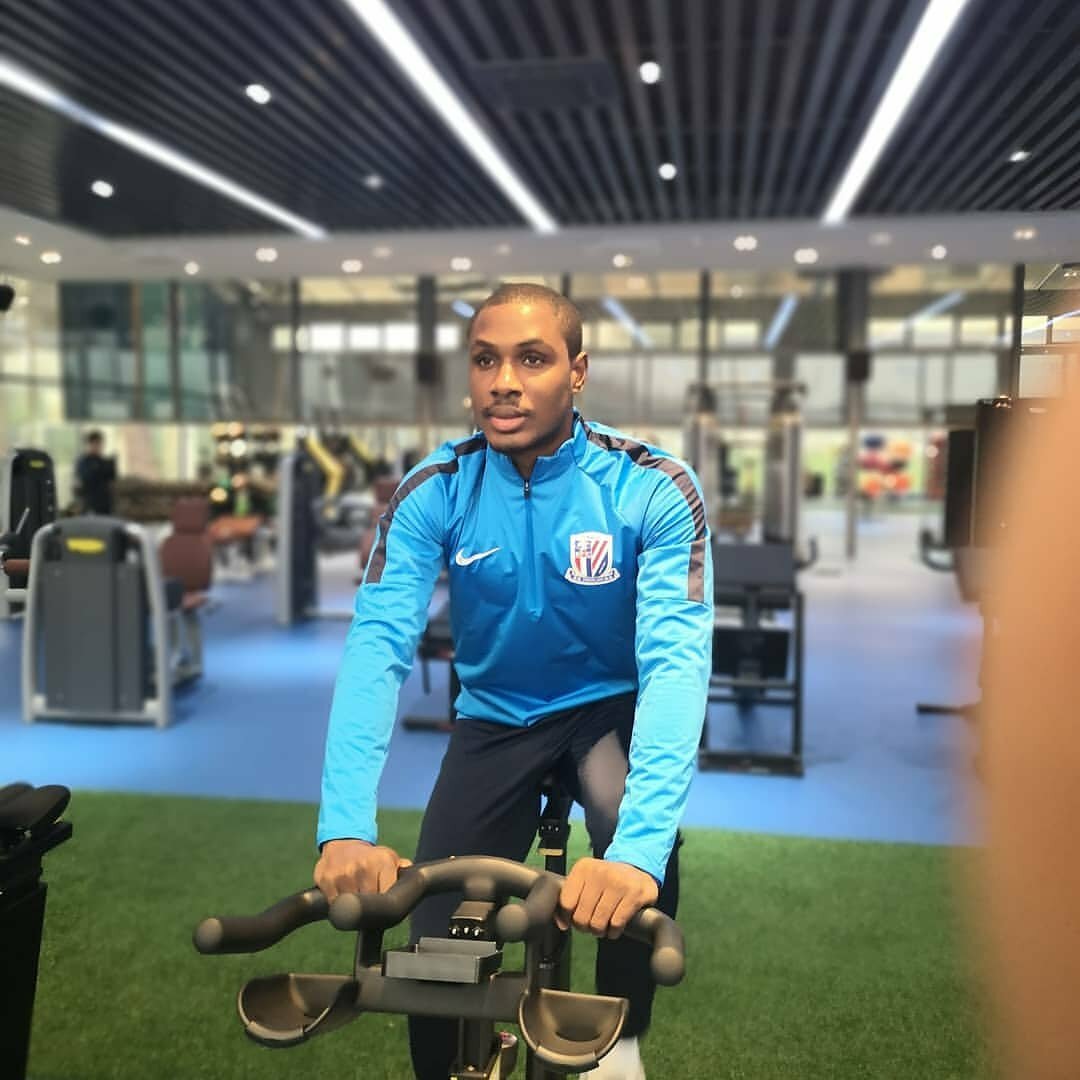 Shanghai Greenland Shenhua of China striker, Odion Jude Ighalo has received a recovery date verdict of June 1st, when he is expected to be fully fit once again and ready to return to action, following an injury he copped on Friday.

Information on offer from Ighalo’s Chinese Super League club reveals that the Super Eagles’ striker and top scorer in the Africa Cup of Nations qualifiers will now be expected back to full fitness just 24 hours before the Nigerian camp opens in Asaba, Delta State on June 2nd.

That should put Ighalo in the right frame for the Eagles’ activities in their AFCON 2019 build-up programme, as it will be some 20 days before their first match against Burundi of the championship, on June 22 in Alexandria, Egypt, such that Nigerian soccer fans will now heave a sigh of relief.

However, megasportsarena.com can further report that same cannot apply to fans of his club, as Ighalo will miss three nail-biting matches in the CSL during the period of his rehabilitation, as tests on Saturday revealed he is facing up to three weeks out.

That means he will miss Shenhua’s next match against Shandong Luneng, as well as high possibilities that he would not be fit enough to return for the fixtures against Dalian Yifang and Chongqing Dangdai Lifan.