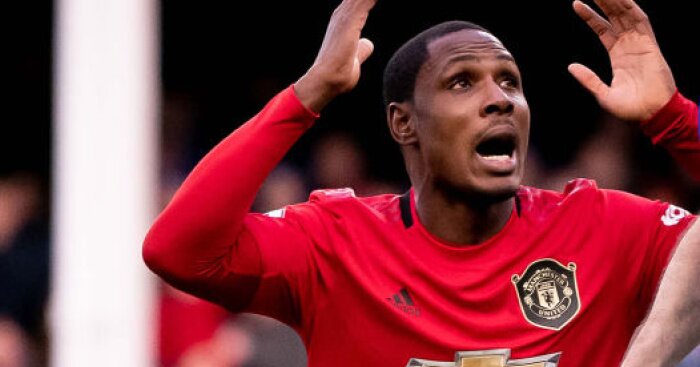 Al-Shabab of Saudi Arabia striker, Odion Jude Ighalo has received a disappointing end to the UEFA Europa League campaign of his former club, Manchester United of England, as The Red Devils lost to Villarreal of Spain in Wednesday’s final, megasportsarena.com reports.

This tuned recent celebration into sadness for the 31-year-old Ighalo, who earlier same day unveiled his customised mobile application on Wednesday.

The 2019 Africa Cup of Nations highest goals scorer, who left Man United in the January transfer window to join Al-Shabab on a two-and-a-half-year contract, announced his mobile application browser to support his Orphanage Foundation with free downloads on play store or app store online.

Ighalo, who played for United last season on loan from Shanghai Greenland Shenhua of China, had rooted for his former colleagues to carry the day in Gdansk, Poland against The Yellow Submarine, who had Samuel Chukwueze out with injury, but The Red Devils got a rude shock on the night.

Just before kick-off in the midweek clash,  Ighalo, who previously played for Granada of Spain before joining Watford of England and speaks Spanish fluently, said: “With due respect to Villarreal, I think Manchester United have a better chance of winning the Europa League.

“That’s not being disrespectful to Villarreal which by all standard is also a good side but may be lacking the necessary experience to overwhelm a world-class team like United. It is pertinent to point out that the pressure would be more on United because they are the favourites. Villarreal are the underdogs in this encounter.”

Ighalo, who played five games in the Europa League during his stint at Old Trafford, and scored against Club Brugge of Belgium and LASK Linz of Austria during the second-tier European clubs’ competition, got a night of disappoint, as Villarreal carried the day.

While Ighalo sulked, Chukwueze joined in his team’s celebrations, as The Yellow Submarine won the Europa League for the first time in their history, with victory coming via 11-10 on penalties after regulation and extra-time ended level at 1-1 in the showpiece held at the Gdansk Stadium .