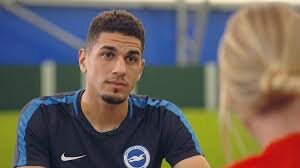 Wigan Athletic of England defender, Leon Aderemi Balogun has declared that he is still fully fit and ready to keep playing at the highest level of the round leather game, even as he approaches his 32nd birthday, as he believes making waves in football is more about determination and zeal than age, megasportsarea.com reports.

Although injuries and old age have been cited by many analysts as reasons beyond Balogun’s inability to ht it off in England, where he arrived two years ago on the cards of Brighton & Hove Albion, the Super Eagles’ stopper, who is currently on loan at Wigan, refused to rule himself out.

However, after failing to settle at Brighton, which caused him to lose his starting spot in Nigeria’s national team, Balogun admits he needs to chart a new course for himself in the coming season, and he is now thinking about making a return to the country of his birth, Germany.

The former Fortuna Dusseldorf, Darmstadt and SV Mainz defender is still under speculation about his next port of call, with more questions bound to be asked about his plans in the coming weeks, when his contract with Brighton ends next month, but Balogun is already thinking about making a return to the German Bundesliga.

Balogun told Kicker: “I’m still fit. Even if I turn 32 in summer, I still have a few years in my legs. I would also like to continue the experience of England, but the bottom line is that it is nowhere like at home. “Germany is my home, I would always think about it.”