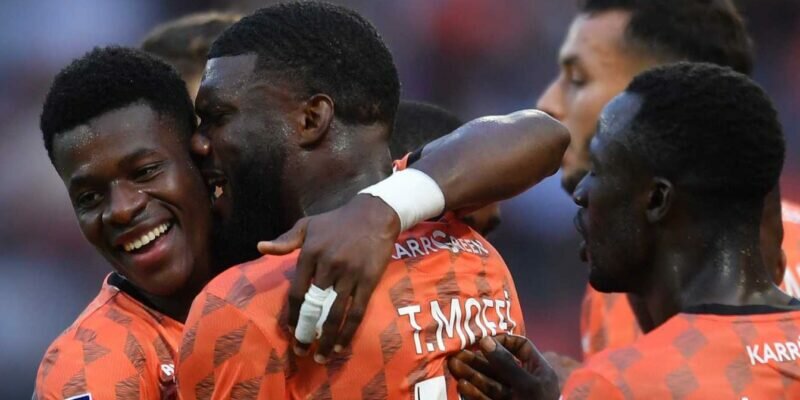 Terem Moffi and company stunned Lyon 3-1 to end their unbeaten start to the Ligue 1 season on Wednesday evening, reports Megasportsarena.com.

Moffi took advantage of a mistake by Thiago Mendes to score in 33rd minute.

Dango Ouattara then grabbed Lorient’s third goal early in the second half, and the result means the two sides sit level on 13 points in the Ligue 1 table after six games.

Moffi is now only three goals short of his overall tally for last season.

Lorient and Lyon are both three points behind leaders Paris Saint-Germain, who sit top on goal difference from second-placed Marseille.

Wednesday’s game was a rearranged fixture after Lorient were forced to postpone the match on its scheduled date last month when the pitch at their Stade du Moustoir was badly damaged by a festival held on the surface, which was also affected by scorching, dry weather.