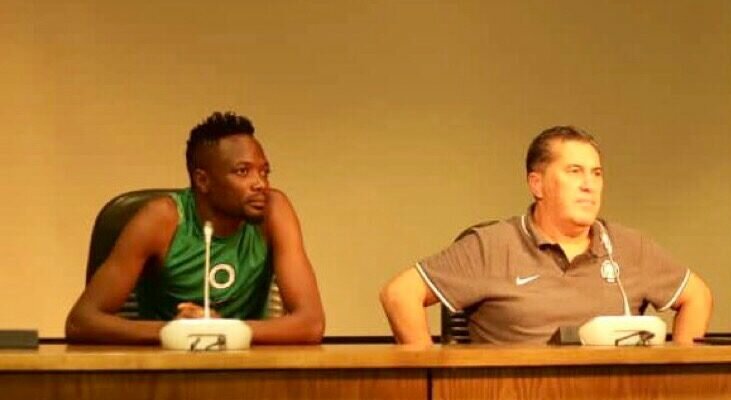 Super Eagles head coach Jose Peseiro has said his team will do everything to beat Sao Tome and Principe when both countries meet in their next Africa Cup of Nations qualifiying fixture, reports Megasportsarena.com.

Nigeria face the Falcons on Monday at the Adrar Stadium, Agadir in their matchday two encounter.

“Sao Tome have good players in their team. We saw their last game, even though they lost, but didn’t do too badly. We respect them. It’s good to respect your opponent in football,” Peseiro said in a press conference on Sunday.

“We need to be at our best to beat them. We have to show strong desire and determination. We don’t think about 1-0, 2-0 or 5-0 we want to win, we want to score, we want to play well and we don’t want to concede a goal,” the Portuguese added.

Sao Tome and Principe were dismissed 5-1 by the Djurtus of Guinea-Bissau in their opening Group A fixture on Thursday.

The Eagles pipped Sierra Leone 2-1 in their first game in the qualifiers in Abuja and it is expected that they will stream-roll their opponent in their second qualifying match.