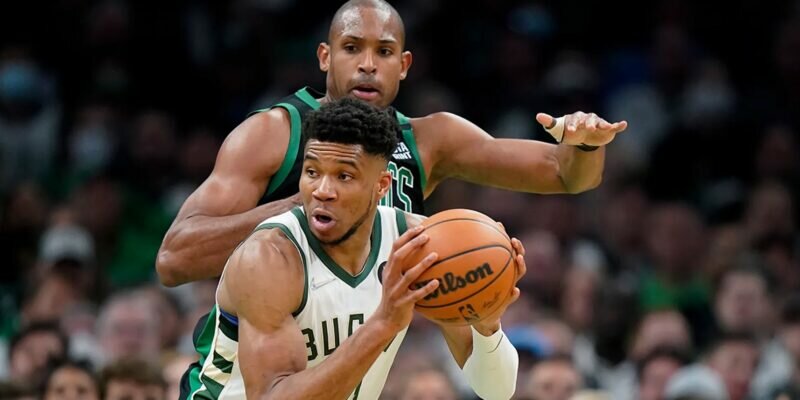 The game was still in doubt in the fourth quarter and Giannis Antetokounmpo decided to do something out of this world.

Bottled up on the perimeter by Grant Williams, Antetokounmpo stepped toward the rim, flipped the ball off the backboard, caught it and threw down a dunk between two Celtics defenders.

Megasportsarena.com reports that it swelled Milwaukee’s lead to 16 with six minutes to play. And ended whatever fleeting hope Boston had of mounting a comeback in Sunday’s 101-89 defeat.

“Threw it to the backboard,” Antetokounmpo said. “I’m lucky God blessed me with the ability to jump. What did I see? I had the ball and I was like, ‘Oh, crap. I’m going to get stuck,’” Antetokounmpo said after recording his second career postseason triple-double to lead the Milwaukee Bucks to a 101-89 victory over the Boston Celtics in Game 1 of their second-round series on Sunday.

Antetokounmpo had 24 points, 13 rebounds and 12 assists as the defending NBA champions swiped home-court advantage in the best-of-seven series. (He does not get an assist for passing the ball to himself.)

“That’s just pure talent, just pure instinct,” Bucks coach Mike Budenholzer said. “He’s a great player. He does things that are unique and special and timely. That’s one of those plays where you’re happy he’s on our side.” 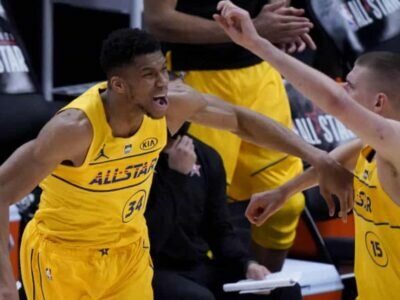