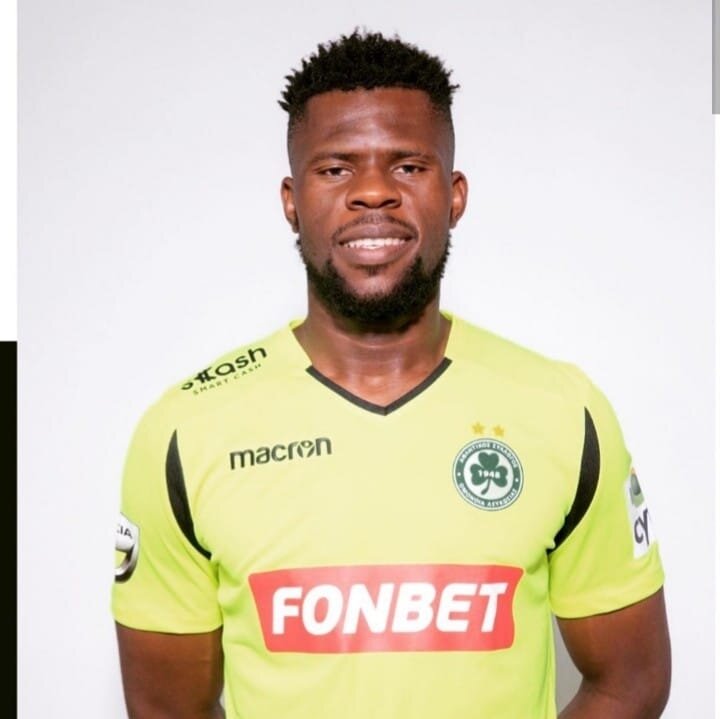 Omonia Nicosia of Cyprus goalkeeper, Francis Odinaka Uzoho is bound to bounce back better and smarter when the Super Eagles’ camp reopens after the coronavirus pandemic, as he is currently receiving a special training routine tips for him by the Nigerian national team’s coach, megasportsarena.com reports.

This much has been revealed by the head coach, Gernot Rohr, who said he is helping Uzoho to recover from a long-term injury that knocked the shot-stopper out since October 2019, when he bowed out of the second half of an international friendly against Brazil and required surgery on his damaged knee, which he ruptured while landing awkwardly after going for a high ball.

In order to aid Uzoho’s recovery and return to top form for the national team, Rohr disclosed that he is using technology to monitor the keeper’s fitness and ability to quickly fit back into the national team’s programme, considering that the lad on loan from Deportivo La Coruña of Spain has been inactive for more than seven months.

Uzoho is in the final stage of his rehabilitation, after suffering a serious external meniscus and hip injury in the friendly against Brazil on October 13, which ended in a 1-1 draw at Singapore National Stadium, and Rohr says the UAE 2013 FIFA U-17 World Cup gold medalist and Golden Eaglets’ second choice in goal is now nearing a return to full fitness.

Rohr told Eagles’ former media officer, Colin Udoh on Instagram: “Now we have a little problem with the injury of Uzoho, he is doing very well in the training, I see his videos from the training all the time, we have video calls and I can see what he’s doing. We give him also some advice, he has not come back to collective training. I think this goalkeeper department is very important.”