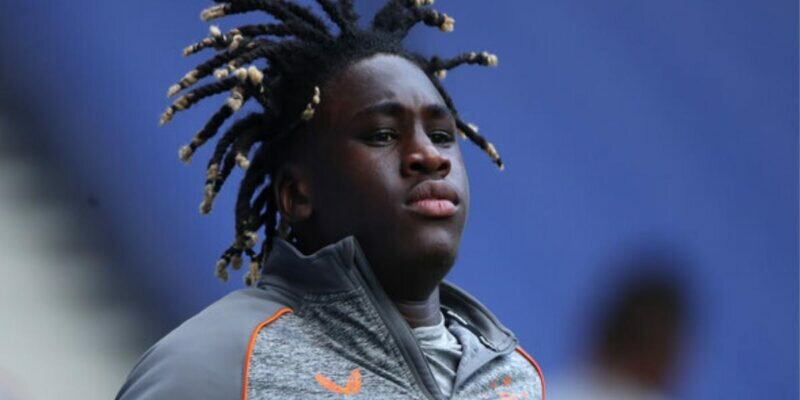 Calvin Bassey has been named in the Europa League team of the season after an impressive campaign, Megasports arena.com reports.

The Nigeria international had a tournament to remember and a plethora of clubs are now on his trail after a fantastic European season.

Calvin Bassey had such an amazing performance in Seville and was unlucky to be on the losing side, he was everything you’d want a centre back to have been in the game.

Gio van Bronckhorst’s men made a surprise run to Seville seeing off heavyweights like Borussia Dortmund and RB Leipzig along the way to the final which they lost on penalties to Frankfurt.

The Ibrox skipper James Tavernier, who was also named in the tournament squad, finished as the top scorer in the competition.

Ryan Kent also earned their spot after playing a key role in the journey for the finalists.

Winners Frankfurt had the most players in the XI with final scorer Rafael Borre and penalty hero Kevin Trapp being joined by defender Martin Hinteregger and winger Filip Kostic.

Joe Aribo To Reunite With Gerrard