Burundi’s Coach Optimistic Of Getting Positive Result Against Eagles 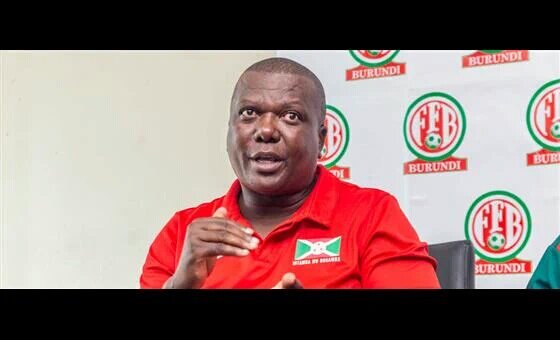 Burundi’s national team coach, Oliver Niyungeko has declared that his side will be eyeing a positive result against Nigeria, in order to start their maiden appearance at the Africa Cup of Nations in style.

The Swallows will battle Nigeria’s three-time African champions, Super Eagles, in their first match ever at the continental soccer showpiece, but Niyungeko is staying upbeat over their chances of pulling off an upset.

Not only is he staying upbeat, he is also talking tough, as Niyungeko says Burundi’s top Europe-based duo of Saido Berahino and Gael Bigirimana can inspire the squad to heroics at Egypt 2019.

He pointed out that Berahino and Bigirimana have been a huge influence on the squad already, with a view that their motivation and inspirational abilities would be accentuated when the chips come down in Egypt.

Niyuingeko added that roles played by Berahino and Bigirimana on and off the field were the biggest reasons behind Burundi’s first ever ticket to the African soccer fiesta.

Burundi qualified second from Group C ahead of Gabon, who they held to 1-1 draws home and away.

Berahino scored Burundi’s goal in the first leg away from home before Pierre Aymerick Aubameyang equalized for Gabon.

They also drew against Mali and then beat South Sudan home and away to ensure their first ever qualification, with JS Kabilye of Algeria striker, Abdul Razak Fiston contributing seven goals in the process.

The jocular coach is now banking on Berahino, who plays for Stoke City of England, and Bigirimana, from Hibernian of Scotland, to inspire Burundi to an unlikely victory in their opening match against Nigeria and further on to shock exploits at AFCON 2019.

Niyungeko told CAFonline.com: “We have many players turning out in other African countries and in Asia but the two had a very big influence in the team.

“When they came in, they gave a lot of motivation to the other players showing them that anything is possible and football can indeed change someone’s life.

“They influenced the players in a positive way and it made my work easier as a coach.

“They want their teammates to follow in their paths and told them that qualifying for the Africa Cup of Nations would put their careers in a good place.

“It was such joy for me and my players and the entire country to earn this qualification and be in Egypt for the first time.

“We worked so hard for it and after getting a positive result in the first match, we knew that it was a possibility for us to qualify.”