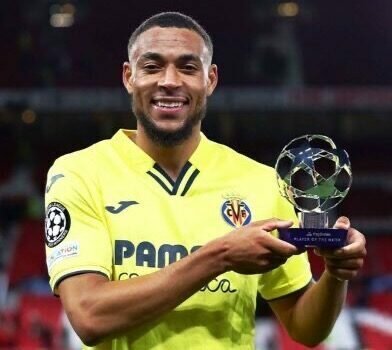 Before his departure, interim manager Ralf Rangnick acknowledged that the Premier League giants would be overhauling their squad during the summer window.

As it stands, Erik ten Hag has overseen no incomings, but it was confirmed on Wednesday that Paul Pogba would be a high-profile name to depart on a free transfer, ending his six-year stay at Old Trafford.

Ten Hag has his sights set on bringing other fresh faces into his attack with at least one wide player expected to join the club over the coming weeks.

Danjuma is high up on United’s shortlist after a hugely impressive first year at Villarreal.

On the back of leaving Bournemouth for La Liga, he contributed 16 goals and four assists during 34 games in Spain’s top flight and the Champions League.

That level of return has naturally led to interest from elsewhere with clubs aware that the 25-year-old has a release clause present in his contract.

If reports are to be believed, Danjuma can be signed for €45m (£38.4m) during the upcoming transfer window, a fee which will almost certainly be activated by a number of clubs.