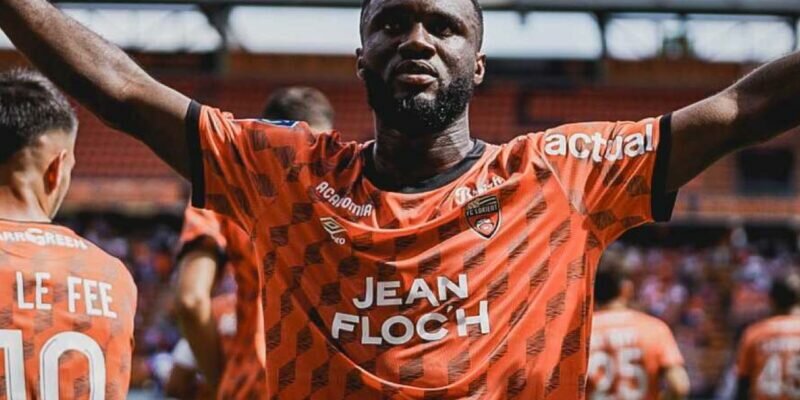 Terem Moffi scored his first two goals of the season on Sunday in a French Ligue game against Clermont Foot 63, reports Megasportsarena.com.

The Nigerian opened his account for the season with a brace in Lorient’s 2-1 win, in his third league appearance for the term.

Moffi scored the opening goal in the 24th minute and doubled the advantage in the 41st minute.

The visitors reduced the tally through a strike by Saracevic in the 62nd minute to end the game 2-1.

Moffi was substituted in the 73rd minute for Kone.

Moses Simon Gets A Goal & Assist In Nantes Win