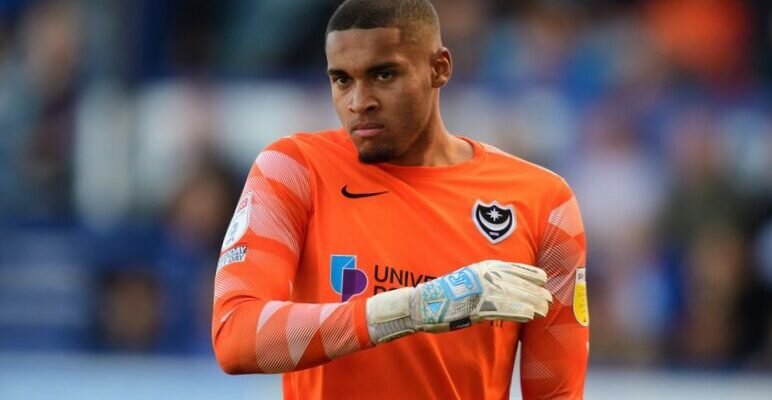 Southampton are readying a bid for Manchester City goalkeeper Gavin Bazunu, according to a report in England, monitored by Megasportsarena.com.

The 20-year-old shot stopper of Nigerian descent has spent the 2021/22 campaign on loan at south coast rivals Portsmouth in order to gain more senior exposure.

During that time, Bazunu earned plenty of plaudits for his penalty saving exploits after denying a Cristiano Ronaldo spot-kick against Portugal for the Republic of Ireland.

Having already become an overnight sensation, a move could be on the horizon for the talented ‘keeper.

Talksport reports that Southampton are ‘looking to bolster’ the goalkeeping department with the capture of Bazunu.

It’s claimed that Saints boss Ralph Hasenhuttl is ‘interested’ in the seven-cap starlet, who was recently hailed as a ‘class act’ by Fratton Park manager Danny Cowley following a 2-0 victory over Morecambe.

Furthermore, Bazunu is said to have ‘no chance’ of usurping Ederson as City’s number one, whilst Fraser Forster, Alex McCarthy, Willy Caballero and Alex Lewis are all out of contract at the end of the season.

So far this season Bazunu has kept 16 clean sheets, and made 3.0 saves per game whilst earning an impressive 6.99 average Sofascore rating from 44 League One outings.

Whilst the report makes no mention of a fee, valued at just £540,000, signing Bazunu would likely be a relatively inexpensive move for the new-look Southampton hierarchy.