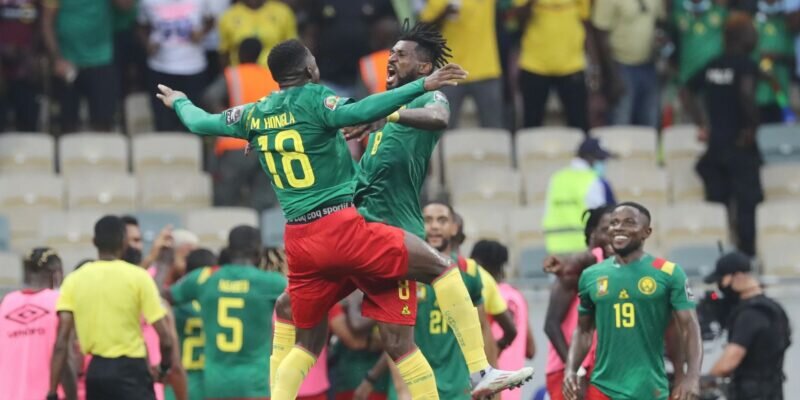 The president of the Cameroon Football Federation Samuel Eto’o Fils, is aiming to rewrite world cup history with Cameroon, when he leads the Indomitable Lions delegation to Qatar later this year.

Though his generation failed to bring glory to the continent at the world scene, the former FC Barcelona goal poacher who was voted FECAFOOT president on December 11, 2021, is now setting big objectives for his country as they head for their eighth world cup participation later this year.

All what we’re doing is for Doha. We will also dream like others. The history of the World Cup will be written otherwise. The others are good, but they also consider us the best.

“We’re going to Qatar to win. Things must change. We’re going into every match to win, the others did not do magic. That is our mentality now,” Eto’o told the Cameroon National team in Douala on Saturday after a friendly game pitting the home based players and the foreign based.

“We have players here like the Zambo Anguissa’s, Onana (André), who are amongst the best in the world. Why shouldn’t we think of the dream of winning. I want us to dream humbly, but we have to dream because for us you’re the best,” he added.

“All what we’re doing is for Doha. We will also dream like others. The history of the World Cup will be written otherwise. The others are good, but they also consider us the best.

Cameroon’s best performance at the world was in Italy 1990, when they became the first African country to reach the quarter final. Coach Rigobert Song Bahanag will be leading the indomitable lions for the Qatar expedition, and Eto’o feels he has all what it takes to do better.

“Between the coach (Rigobert Song) and I, we have played four world cups each and we know the problems of this house. He has all my support and I will assume all what he will tell me,” said Eto’o.

Cameroon will compete in Group G alongside Brazil, Serbia and Switzerland. The indomitable lions will play their first match on November 24, against Switzerland, at the Al Janoub Stadium.