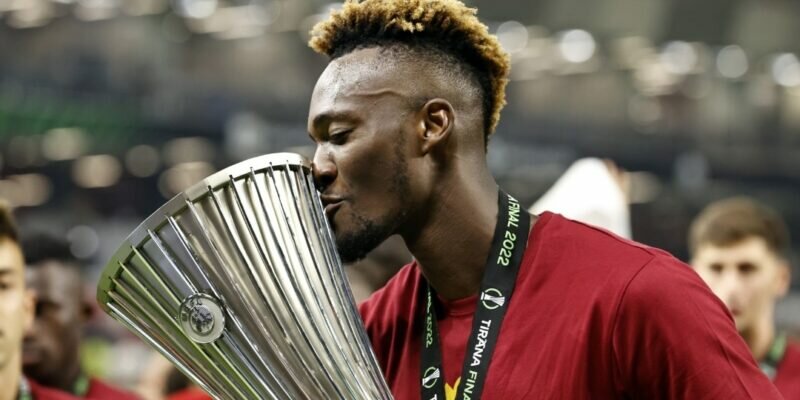 Abraham moved to the Eternal City from Chelsea last summer in a deal worth £34m and he enjoyed an excellent maiden campaign in Italy, bagging 23 goals en route to scooping a Europa Conference League winners’ medal.

The forward has been linked with a move back to the Premier League this summer, but he may not be in a hurry to leave Rome.

A slew of Premier League clubs-Arsenal, Newcastle and Steven Gerard’s Aston Villa- a club he previously spent time on loan at – are all understood to have made contact with intermediaries to ask about Abraham’s availability, but have quickly learned that he is happy working under Jose Mourinho at the Stadio Olimpico.

Indeed, Mourinho would like to see Abraham rewarded with a wage rise following his stellar first season with Roma.

Chelsea do have a buy-back clause for Abraham which can be triggered in 2023, though the Blues would have to double what they received from Roma and fork out a whopping £68m.

The 24-year-old would also have to want a return to Stamford Bridge, but that’s not currently the case for Abraham, who recently said: “Like I’ve always said, I fell in love with this club [Roma] from the first day and I will always help the team as much as possible with my goals and assists.