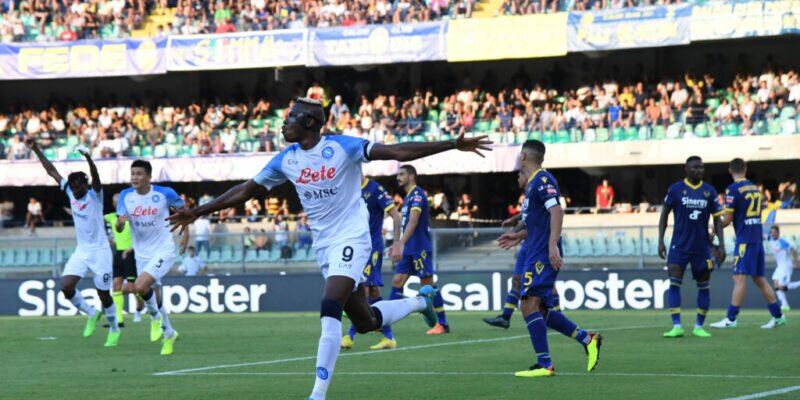 Victor Osimhen got his first of the season at Verona as Napoli smashed the home team 5-2 in their opening match of the Serie A season at the Bentegodi on Monday, reports Megasportsarena.com. 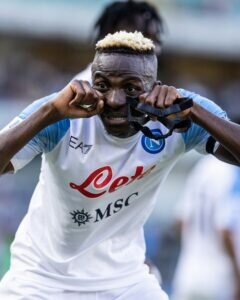 Osimhen, who was a subject of racist chants by the Verona fans, put the Naples team ahead with an excellent finish after new signing Kvicha Kvaratskhelia had equalised following Verona’s goal early in the game.

The Nigerian forward had a great movement around the back of the Verona defence after he was flicked on by Giovanni Di Lorenzo to score an excellent goal. His celebration mocked some in the crowd who had been hurling racist abuse.

Taiwo Awoniyi Honoured To Get Into Forest Folklore