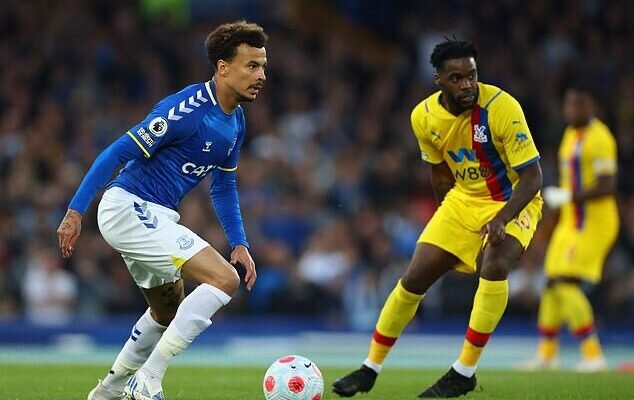 Everton manager Frank Lampard has admitted that it has been hard for him to get Dele Alli back in form since signing him from Antonio Conte’s Tottenham Hotspur in the January transfer window.

Lampard made the comments about former Tottenham midfielder Alli after Everton’s 3-2 win against Crystal Palace at Goodison Park in the Premier League on Thursday evening.

The 26-year-old Englishman came off the bench to inspire an amazing turnaround for Everton.

The Toffees were 2-0 down at half time, and the 3-2 comeback win means that they have retained their Premier League status for next season.

Lampard said about Alli on BBC Sport: “He had a massive role. We brought him to the club after a tough time.

“I’ll be honest sometimes it’s like we have to wait for you, can you train better? Can you fight to make me play you?

“Absolute credit to him today to suck it up sometimes. He has so much talent there. What he did was come on with quality, with belief, with legs and energy. He changed the game.”

Maybe, just maybe, Dele Alli could explode at Everton next season and could go back to the form he showed when he played under Mauricio Pochettino at Tottenham.

We saw in the second half last night what Alli is capable of.

The Goodison Park faithful will be desperate to see that kind of performance week in and week out from the midfielder next season.

Alli has made 10 substitute appearances in the Premier League for Everton since his move from Tottenham.