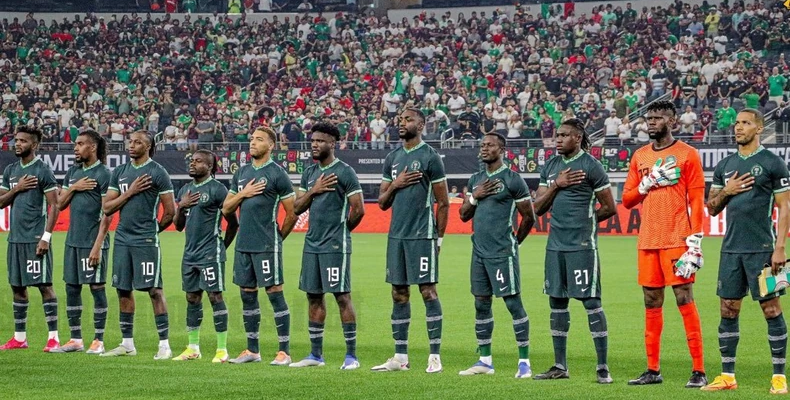 An own-goal by William Troost-Ekong in the 56th minute proved the difference between the Super Eagles and El Tri, two minutes after Cyriel Dessers equalised with a sublime header as Mexico continued its superiority over Nigeria At the AT&T Stadium in Dallas, Texas, USA, Megasportsarena.com reports.

El Tri took the lead in the 13th minute after Santiago Gimenez found himself all alone with goalkeeper Francis Uzoho and finished sweetly.

But the three-time African champions were level in the 54th minute following Calvin Bassey’s superb in-swinger which was nodded home by Cyril Dessers. However, the Eagles conceded an unfortuitous own goal in the 56th minute, as Captain of the side William Troost-Ekong swept the ball into his own net.

The Super Eagles Peseiro will now fly to New Jersey on Sunday morning, ahead of Thursday’s clash with Ecuador at the Red Bull Arena in Harrison.